This is a consequence of the improvement in relations with the West on the background of the world Cup, experts say. 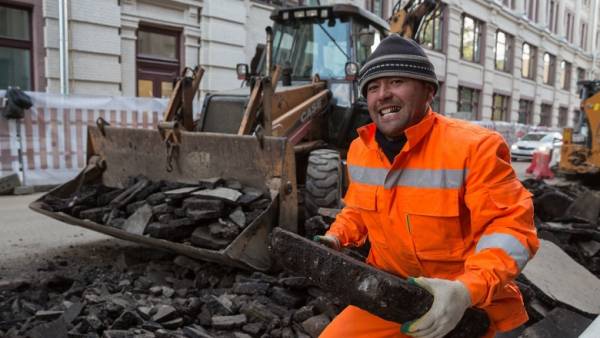 Over the past year has increased dramatically the proportion of Russians advocating for the restriction of residence in the country representatives of various nationalities, according to the survey “Levada-center”. The rating “undesirable” ethnic groups headed by Gypsies (an increase from 17% to 32%), Chinese (15% to 31%) and Vietnamese (from 12 to 26%). “If the General level of ethnophobia for the year increased by 12 PCT, the frequency of choice of those or other “non-Russian” positions increased 1.5 times. That is, the range of hostile relations has expanded,” says the sociologist “Levada-center” Karina Pipia.

To explain the growth of xenophobia, in her opinion, you can redirect the irritation caused by dissatisfaction with pension reform and the deterioration in consumer and social attitudes, collective other.

Increased (from 10 to 19%) and the percentage of citizens endorsing the idea of “Russia for Russians”, which has been declining since 2014, 39% of respondents are loyal to discriminatory ads on the delivery of housing and work (most of these answers in Moscow — 63%). In addition, from 58 to 67% the proportion of respondents who believe that the government should limit the influx of migrants.

Different objects of rejection aktualisierte in public opinion depending on the socio-political context, says Pipia: “Hostility towards other citizens and more broadly to States on the background of the football world Cup showed the positive dynamics, which indirect evidence of a marked improvement of the attitude towards the US and the EU in the summer of 2018, This external xenophobia in 2014-2017 ousted ethnic xenophobia circulated until 2014 Now, on the negative attitude of the West returns of the underlying xenophobia towards ethnic minorities”.

You can talk about the growth of xenophobic attitudes, it is not a random deviation, confirms the Director of center “Sova” Alexander verkhovskiy: “Perhaps this is due to the expected economic difficulties. Concern about this could be projected on an external enemy, but maybe ethnically other. Due to the growing anti-Western sentiments were a decline in the level of ethnic xenophobia, and now, apparently, the capacity of the sewer of negative sentiment in the West is exhausted.”