Hands at the seams! What gestures do not show in other countries

MOSCOW, Aug 25 — RIA Novosti, Svetlana Baeva. If the British or Dutch will twist a finger at a temple, do not be offended. Familiar with kindergarten times, the gesture meaning “you’re nuts” in the UK — just a suggestion to think for myself, and the Netherlands is altogether a compliment to the wit. Other gestures can also be misinterpreted to understand the interlocutor or inadvertently offend. 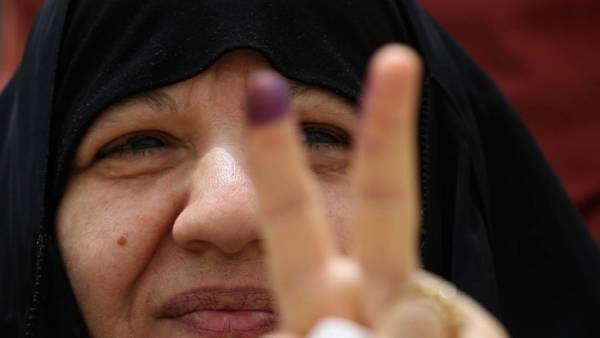 How not to get trapped in the material RIA Novosti.

Not to humiliate and not to offend

On the information portal of the Consular Department of the MFA of Russia published detailed recommendations on how to behave in different countries to avoid unwanted incidents.

Of course, the main thing is to be friendly, not rude, not to humiliate people, not to use offensive gestures not to use in the conversation of both English and Russian obscenities and curses at all in any language. But there are nuances.

Yes is no, no is Yes

“In the Bulgarian resort town, I almost refused to visit a small art gallery because of misunderstandings, — says a tourist from Moscow, Marina Chernysheva. — Opened the door, the Museum was twilight, and in the back sat a woman and working papers. To the question “can I come in?” she replied “Yes” and vigorously shook his head. The first reaction to such a gesture — to leave.”

Indeed, the movement of the head from side to side in Bulgaria means consent, but a nod categorical denial.

As specified on the portal of the Consular Department of the MFA of Russia, in India, communication between local often shake his head from side to side. It should be seen as a gesture of approval and satisfaction.

In Turkey, according to the foreign Ministry, considered a highly offensive gesture “the Fig” and “OK”. The first refers to the genitals, the second alludes to the sexual orientation of the interlocutor.

In Brazil, Greece, “okay” is also better not to show it. In Japan this gesture means money, in France — “zero”, “empty space” and is considered insulting. And in Tunisia is perceived as a threat.

The Fig should not display and in Thailand (completely indecent).

Should be careful with the sign of victory — the index and middle fingers in the form of the letter V.

In the UK — not only is a gesture of approval in the style of “we will win”, “victory”. For example, greet each other bikers on the roads. In addition, it is the number “two.” But in the UK, Australia and New Zealand, the gesture would offend the interlocutor, if you turn the palm on himself.

A big thumbs-up in Russia and many other countries — an expression of approval. In addition, with this gesture, use travelers hitchhiking. But, for example, in Mauritania, Iran, Thailand, trying to stop the car in this way is not worth it. In Mauritania and Iran it is generally an insult.

As in many other Muslim countries, this gesture is considered extremely indecent. If you need to catch a taxi, stop him, simply raising his hand and waving it slightly.Reza Zagodirenko statesman, scientist

In Thailand, a raised thumb means “I’m mad at you”, serious disapproval, although thanks to social networks, the perception is gradually changing.

In Greece is considered very offensive gesture, when the hand is turned sideways and the middle finger makes a horizontal movement back and forth.

No need to RUB it in man

In many countries, it is not recommended to show a man with a finger poke. In particular, Malaysia, Thailand, Sudan, Kenya. And in Russia it is considered indecent.