Germany urged to respond to U.S. sanctions against Russia

BERLIN, 27 Aug — RIA Novosti. Europe must react to the sanctions policy of Washington towards Russia, China and other major economic partners, said the foreign Minister of Germany Heiko Maas, opening the conference of ambassadors in Berlin. 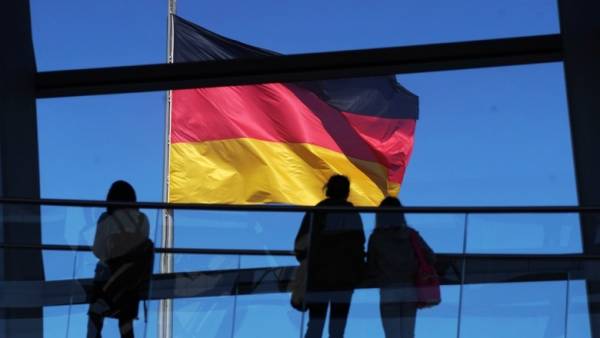 He noted that thanks to the rapid response of Europe in new sanctions against Iran managed to avoid a more serious escalation. According to Maas, “it’s a lot, if you think about it, what would be the alternative: a nuclear race in the middle East, with predictably destructive consequences.”

Previously, Maas stated that the German foreign Minister will reconsider the foreign policy strategy of Germany relative to the United States.

So, he noted that the US and Europe for many years away from each other, and the commonality of interests and values are gradually eroding.

The basis of the new relationship with Washington Maas offered to take the idea of balanced cooperation, a main goal of German foreign policy, called the creation of a strong and independent Europe.

Today entered into force on sanctions Washington against Russia. The basis for the introduction of new restrictions were accusations against Moscow in the use of chemical weapons in Salisbury.
The sanctions involve the cessation of all aid to Russia from the United States, “in addition to emergency humanitarian aid, food and other agricultural products.” Also the state Department stop issuing the Russian state companies licenses to export arms and dual-use goods.

Besides, Russia refuses to “any credit, credit guarantees and other financial support” by any American companies.

The second, more stringent package of sanctions can enter in November, the ban could affect lending to Russian legal entities, export and import of goods.

Vladimir Putin called the new sanctions are counterproductive and pointless. However, he expressed hope that the United States is aware of a failure of such a policy and then Moscow and Washington will move on to cooperation in normal mode.