Trump was not invited to the funeral of McCain 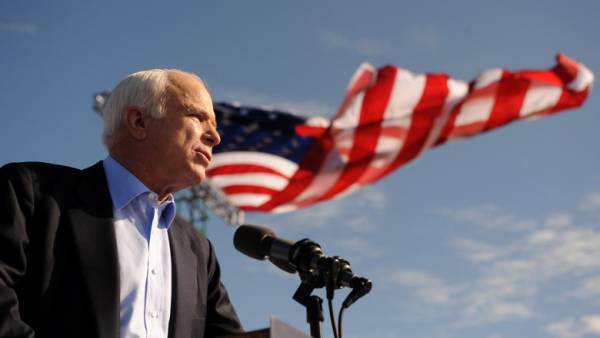 It is expected that the ceremony will be two of the ex-President of the United States — Barack Obama and George W. Bush and current Vice-President Mike Pence.

The Republican Senator from Arizona, died Sunday at 82-m to year of life from an aggressive form of brain cancer. The day before, relatives of McCain announced that he had decided to stop treatment.

John McCain was considered one of the most influential American politicians. He had a reputation as a “hawk” foreign policy and supported the US military intervention around the world.

In 2008 McCain was the presidential candidate of the Republican party but lost the election to Barack Obama.

The Senator criticized the foreign policy of Donald trump and reproached him for his “softness” toward Moscow, and Russia was called a “gas station masquerading as a country”. He also repeatedly called for tighter anti-Russian sanctions.