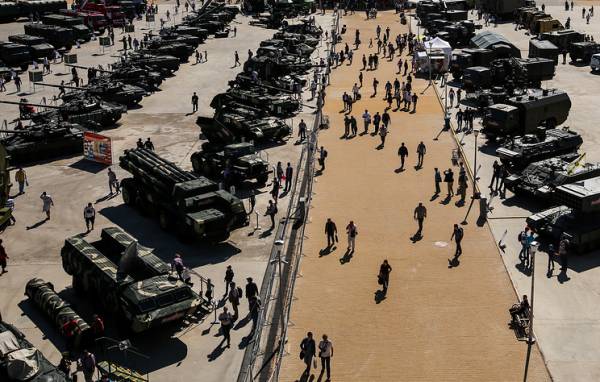 Military equipment on the forum “Army-2018”

MOSCOW, August 26. /TASS/. Exhibition of captured weapons and equipment seized from Syrian militants, has become a popular platform in the days of the open forum “Army-2018”. This was announced on Sunday at the press center of the forum, noting that among the samples – weapons of the Wehrmacht and the SS.

“The highlight of the forum was the exhibition of captured weapons captured from the international fighters in Syria. Among the more exotic exhibits that caused the interest of visitors of the forum, there are “Jihad-mobiles”, a kind of similar carts – jeeps mounted with anti-aircraft machine guns and launch complexes for rockets, and small arms of the Wehrmacht and the SS”, – stated in the message.