In Russia was 48 regional sub-groups for initiating a referendum against the increase in retirement age and only two of them — the Communist party. 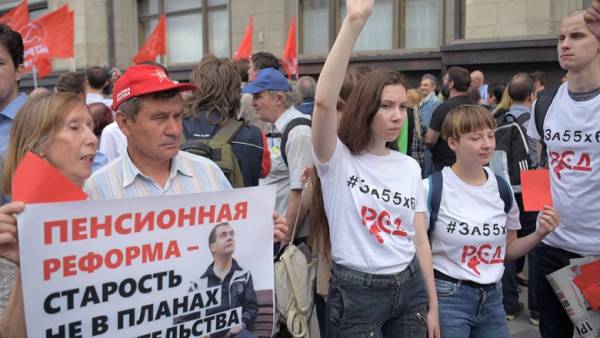 We will remind, the Communist party, which first expressed the desire to hold a referendum immediately after the approval by the state Duma in the first reading of a bill to raise the retirement age, there were four competitor.

The Central election Commission recognized the relevant legislation, the wording of the questions, all five action teams. While the Communists managed to register only two subgroups. They spared Ilya Sviridov (the candidate in mayors of Moscow from “just Russia”), registered his first sub-group in Moscow. Now he subgroups in four regions. In 11 regions the opponents of raising the retirement age more liked the wording of the subgroup from the suburbs.

In 15 regions joined the “Vologda” subgroup. The most popular Nizhny Novgorod the initiators of the referendum: their supporters have registered their subgroups in 16 regions.