The Australian foreign Minister has resigned

Moscow. 26 Aug. INTERFAX.RU Minister for foreign Affairs of Australia Julie Bishop has resigned after he lost the race for the post of Prime Minister to his opponent Scott Morrison; his decision policies reported via Twitter. 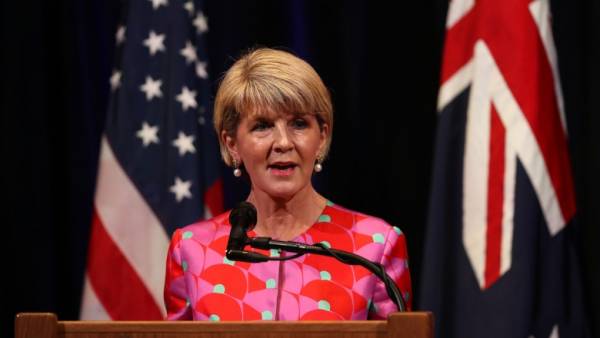 Bishop was head of Department in 2013, becoming the first woman to hold the post.

Last week, the ruling Liberal party election of the leader. Bishop has applied for this post along with Morrison and Peter Dutton, however, dropped out of the race in the first round. Morrison, who won by a margin of five votes, became the Prime Minister of Australia, replacing the post Malcolm Turnbull.

Today I advised the Prime Minister that I will be resigning from my position as Cabinet Minister for Foreign Affairs.
It has been an honour. pic.twitter.com/v5ueRw5W5L