Politicians reacted to the death of McCain

MOSCOW, 26 Aug — RIA Novosti. On Sunday, in the 82nd year of life died of cancer John McCain. The reaction of the Russian and foreign politicians to the death of a U.S. Senator — in the material Ria.ru. 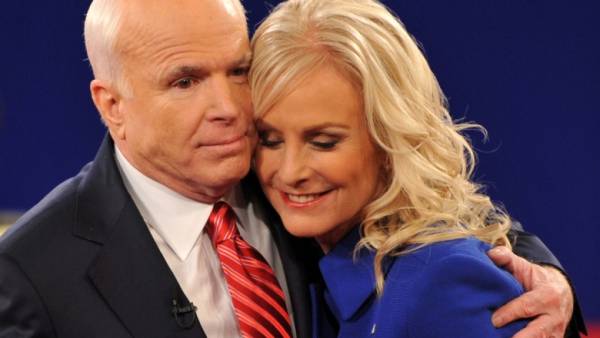 a Symbol of anti-Russian thinking

The head of the international Federation Council Committee Konstantin Kosachev called McCain “a mirror of the cold war era” which was characterized by a clear division of the world into “friends and foes”.

His only ideology was actually “protect their own and hit other people”, where the only measure was the loyalty to America and American interests, not the criteria of peace, kindness and justice.Constantine Kosachev the international Committee of the Federation Council

Kosachev colleague on the Committee, Senator Oleg Morozov said that McCain always openly insisted that Russia — the enemy of USA and never paid any attention to the overtures of Russian politicians in the West in the 90-ies.

“He was good in his hatred of Russia. He is the symbol of blatant anti-Russian thinking. Its essence: Russia can’t be no other than hostile. Good Russian is a dead Russian.Oleg Morozov Senator

McCain was not a friend of Russia, but he was a patriot of his country, agree in the state Duma.

Not to say that it was a courageous and principled man, a patriot, who have borne many trials in life. Condolences to the Senator and to the American people.Leonid Luckyregister of the Duma Committee on international Affairs of the Reaction in the United States

Condolences to the Senator’s Express policy around the world. The death of John McCain commented on the last four American President.

“My deepest condolences and respect to the family of Senator McCain. Our hearts and prayers are with you!” — tweeted Donald trump.

My deepest sympathies and respect go out to the family of Senator John McCain. Our hearts and prayers are with you!

“Michelle and I extend our deepest condolences to Cindy (wife of McCain. — Approx. ed.) and his entire family,” a message appeared on Twitter of Barack Obama.

Our statement on the passing of Senator John McCain: pic.twitter.com/3GBjNYxoj5

“Some lives seem so vivid that it is difficult to imagine their end. Voices sound so loud that it is hard to imagine how they cease. He faithfully served the most worthy traditions of our country. And for me it was a friend that I’ll miss you,” reads the statement of George W. Bush.

Bill Clinton said that McCain did not notice the contradictions between Republicans and Democrats when it came to America’s interests.