Medvedchuk called the Autonomous part of Ukraine compromise for Donbass

Representative of Kiev in the humanitarian sub-group on Donbass at the talks in Minsk Viktor Medvedchuk in interview to TV channel “112 Ukraine” said that a compromise in the conflict in the Donbass can be to grant autonomy to the self-proclaimed DND and LNR in the Ukraine. 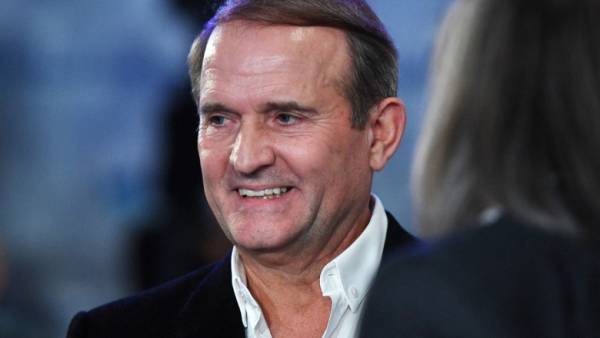 “We must follow the path of compromise, and this compromise I see in the autonomy”, — he said. Mr. Medvedchuk has led survey data, according to which 43% of the population of the LC and the DNI in favour of the autonomy of the region within Ukraine. The same number of respondents, according to him, in favor of independence from Kiev.

“Conventionally, 43% support for independence and recognition… And 43% in favor of returning to Ukraine, but part of the autonomy that will be part of Ukraine”, — said Viktor Medvedchuk.

Thursday, August 23, in Kiev reported the deaths of five troops in the fighting in the Donbass. The self-proclaimed representative LNR said that clashes occurred near the village of the Slavyanoserbsky region of the Groove.