At the age of 81 years died in USA Republican Senator John McCain. This was reported in the office politics. 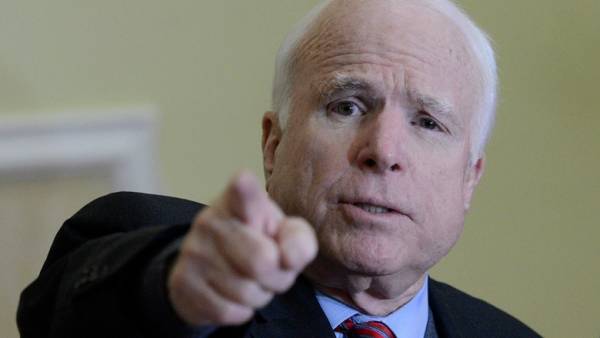 He fought a long time with cancer of the brain. August 24 family McCain announced the suspension of treatment.

About the disease of the Senator from Arizona became known last year. Because of the tumor he underwent surgery to remove a blood clot from his left eye. A year later due to progressive disease, the McCain family decided to stop treatment. 29 Aug policy would be 82 years old.

McCain was considered one of the most influential American politicians. He has always advocated a tough foreign policy, including sanctions against Russia.

The President of the United States Donald trump in connection with the death of the policy expressed condolences to his family.

“My deepest condolences and respect to the family of Senator John McCain. Our hearts and prayers are with you!” — wrote the American leader on Twitter.

McCain graduated from the naval Academy, the United States and became a pilot carrier-based aircraft. Participated in the Vietnam war. In 1967 was the Soviet military shot down over Hanoi. Spent five and a half years in a Vietnamese prisoner. In 2008 was nominated for the U.S. presidency, but lost to democratic candidate Barack Obama.