NASA satellites recorded the highest number of fires on the Ground 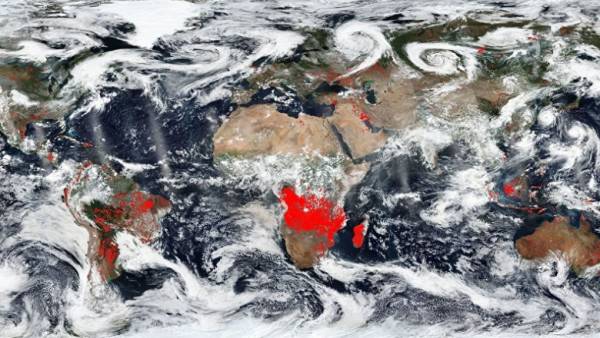 Every year forests on almost every continent of the Earth become the victims of massive fires caused by both natural processes and a careless and even deliberate actions of people. For example, one of the reasons of emergence of fires in Transbaikalia three years ago were residents of the region who raised the fires in the forests of the region and burned the grass around their cottages.

In Yakutia for three hours the sun disappeared

Something similar, but in a more massive form, how to tell NASA, occurs in the southern part of Central Africa, which is still dominated by primitive slash and burn agriculture. Every year the farmers of countries in this part of the “black continent” cut down and burn large areas of jungle, use them for a few years and then throw, moving to a new part of the forest.

The growth of Africa’s population, global warming and increased frequency of fires for other reasons, including as a result of lightning strikes, led to the fact that the area of such fires has improved markedly in recent years.