The U.S. government does not admit of an Orthodox priest to Mary Butinai

WASHINGTON, August 24. /TASS/ — Russian diplomats stated on the restriction of the freedom of religion of the arrested Russians. 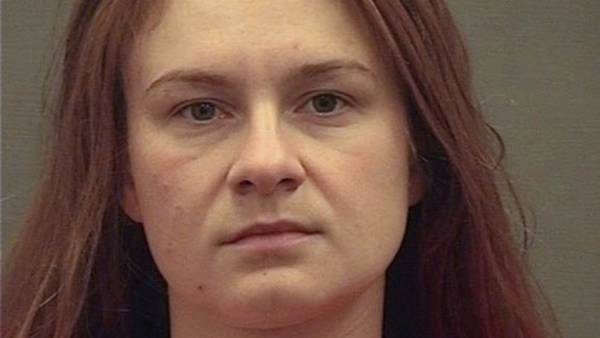 The prison administration of the United States, which contains arrested in Washington Maria Butina, not allow the Russian Orthodox priest. This is stated in the published on Thursday in the Facebook of the Embassy of the Russian Federation in the United States message to the media.

“To gross violations of her rights was added the refusal of the prison administration admission to Mary’s Orthodox priest. There is a restriction of freedom of religion. Sent to the prison administration demanding to abolish the discriminatory regimes against the Russian citizen”, — said the diplomats, adding that on Thursday again called for the Russian citizen in an American prison.

According to them, it “still contains on the mode of “administrative segregation”, i.e. it is treated as a dangerous criminal,” that it is “by definition is not”.

“Because of this complicated meeting with visitors, and not enough time for familiarization with the case materials and building together with the lawyers line of defense”, — underlined in the message.

From the camera, as told in the Embassy, the Russian release only two hours at night, without fresh air. “Inflammation of the feet continues to be disturbed, a qualified medical examination is conducted as a normal treatment,” said the Embassy. Russian diplomats in contacts with the American authorities will continue “to insist on the prompt release of” Butinai.

“Once again call upon human rights organizations to draw attention to the intolerable position of Russian citizen to intervene in this matter. It is time to Express their attitude to the blatant failure of the US humanitarian norms. The international human rights defenders have the opportunity to prove their impartiality and objectivity,” said the Embassy.

The next visit to Butinai Russian diplomats will be held on Wednesday 29 August.

Earlier it was reported that the us government has still not notified the defense of the arrested in Washington Russian woman about the reasons for her transfer to prison of the city of Alexandria. Butina was arrested in Washington on July 15, the court left her in custody before the hearing, which is scheduled for September 10. She is accused of participating in a conspiracy with the purpose of acting in favor of a foreign state on the territory of the United States. American intelligence agencies claim that she did the same activity without being registered at the Ministry of justice agent of a foreign state.