State Department: sanctions against Russia in the case Skrobala can enter into force on August 27 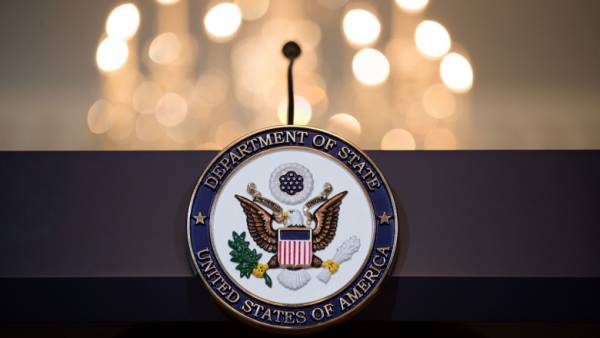 New unilateral US sanctions against Russia in connection with the case Sripala will take effect tentatively on August 27. This was announced on Thursday the correspondent of TASS, state Department spokesman.

“On August 8, we told the Congress [U.S.] of his intention to enter multiple [kinds] of sanctions against Russia, as required by the Law on the control of chemical and biological weapons, including primarily the application of a presumption of denial of access to sensitive goods and technologies for national security, which is U.S. origin.”

“The notification period established by the Law on the control of chemical and biological weapons, expired on August 22. We gave [the appropriate authority of the U.S. government] notice [for] of the Federal register, implementing the sanctions, and expect that it will be published on August 27,” — said the American diplomat.

Federal register — a collection of official documents of the U.S. government. The current restriction will come into force after the publication of the relevant notice.

In accordance with the declarations of the American authorities on August 8, the Washington primarily introduces this time a ban on the supply to Russia of dual-use products. Of this prohibition, a number of exceptions.

In addition, the aforesaid act provides, and the threat of a second wave of sanctions approximately three months after the introduction of the first part of the restrictions.

The second part of the sanctions involves the risk of lowering the level of bilateral diplomatic relations or even the suspension, in fact the complete prohibition of any exports to Russia of American products with the exception of food, and imports United States Russian goods, including oil and oil products, denial of landing rights to U.S. aircraft for any airline, which is controlled by the Russian government, blocking Washington loans Moscow by international financial organizations.

The American side, however, as she pointed out, expects to apply these restrictions, described by both sides as “draconian”, it still will not come.Help

The first round of sanctions because of the case Skrobala shall enter into force on 22 August. And this is only the beginning.