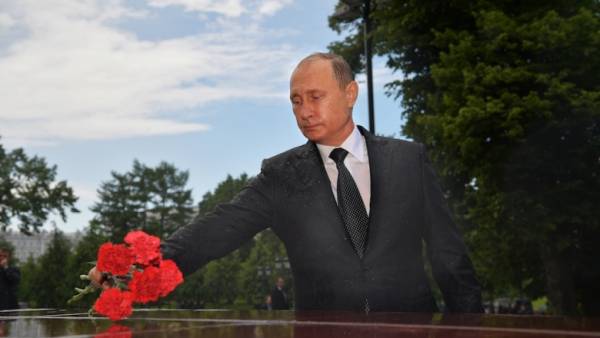 Putin visited the monument erected in memory of the submarine Kursk, and laid flowers at it.

The Russian nuclear submarine missile cruiser “Kursk” sank in the Barents sea in the crash which occurred on 12 August 2000 during naval exercises of SF. All 118 crew members died.