Angela Merkel eliminates the imminent entry of Georgia into NATO

Germany supports Georgia’s integration into NATO, but the imminent accession to the Alliance is unlikely. With such statement has acted German Chancellor Angela Merkel at a meeting with students at Tbilisi. 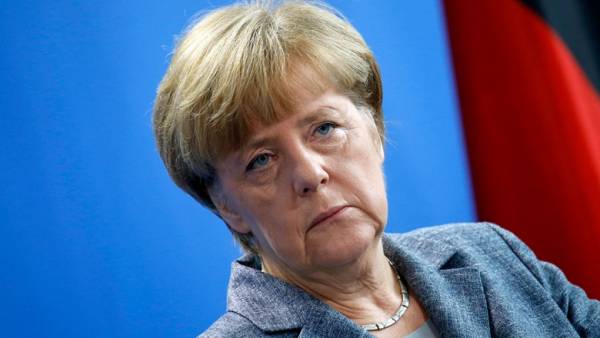 “I don’t see the possibility of rapid accession of Georgia to NATO. In the context of Abkhazia and South Ossetia, we can’t talk about the rapid accession of Georgia to NATO. In any case, it is the position of Germany and she will not change,” she said (quoted by “Interfax”). The German Chancellor said that Abkhazia and South Ossetia are an integral part of Georgia and called “grossly unjust” violation of the territorial integrity of the country. She stated that she considers this question within the context of the situation in Ukraine.

Europe and NATO are not enemies of Russia, said Merkel.

Russia is an important country in the world, Germany has the desire to have good relations with Russia. Europe and Russia are working together well and learning a lot from each other, but at the same time, I want to emphasize that the EU and NATO are not enemies of the Russian Federation.Angela Merkel, German Chancellor (quoted by TASS)

Angela Merkel believes it is important to cooperate with Russia on oil and gas for the energy supply of the country. “We step by step reduce the use of coal, we need natural gas, which comes to us through the territory of Belarus, Ukraine and Poland, therefore, supported the “Nord stream 1 and Nord stream-2″”, she said. According to the Chancellor, the supply of gas from Russia is cheaper than from other countries.

We will remind, in July the President of the United States Donald trump at a meeting with NATO Secretary General Jens Stoltenberg criticized Germany for their support of the “Nord stream-2”. “Germany pays billions and billions of dollars a year in Russia, and we protect this country from Russia. This is absolutely unacceptable” — said the President of the United States. In response, MS Merkel said that the German authorities “pursue an independent policy and take independent decisions.”

We will remind, in July in the framework of the NATO summit held a meeting in the format Ukraine—the NATO—Georgia. There the presidents of two former Soviet republics Petro Poroshenko and George Margvelashvili praised for the reforms, “bringing them to NATO.” But specifics about the timing of their possible accession to the Alliance in Brussels abstained.