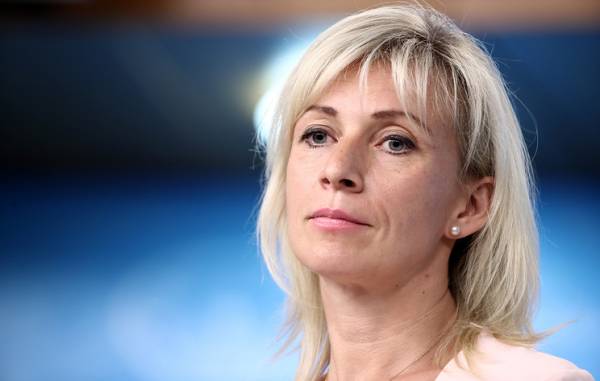 MOSCOW, August 23. /TASS/. Moscow rejects the accusations of the Baltic countries in the “Soviet occupation” and considers absurd and unfounded claims against Russia. This was stated on Thursday by the official representative of Russian foreign Ministry Maria Zakharova.

“Russia does not accept any claims about the occupation of the Baltic States by the Soviet Union nor associated with this absurd, absolutely nothing having a legal and historical grounds, which constitute the essence of the claims against Russia, in particular the material properties, she said. All assessments were given.”