Washington picks deadlines: the promised anti-Russian sanctions is still not in force

Earlier, the state Department announced the introduction of two packages of restrictive measures for the alleged involvement of Moscow to the poisoning Skrobala. The new sanctions were to be imposed on 22 August. 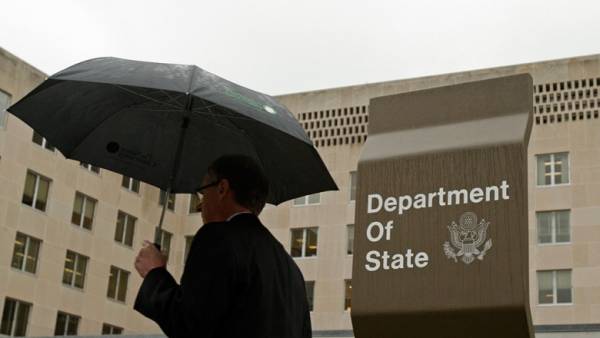 In early August, the U.S. Department of State announced the introduction of two new packages of anti-Russian sanctions for the alleged involvement of Moscow to the poisoning in the British city of Salisbury, the former GRU officer Sergei Skripal and his daughter Julia.

The first sanctions were supposed to earn from the environment. “Sanctions will enter into force after publication in the Federal register of the United States in the district on August 22,” — noted on the website of the state Department. However, at the moment the relevant document is still there.

The main component was a ban on exports to Russia dual-use goods, now they are licenses for each specific transaction.

The second package of measures, which Washington has called a “draconian” trigger in November, if Russia refuses to cooperate in chemical weapons prohibition. Among other things, the second wave of restrictive measures includes a ban on the flights of “Aeroflot” in the USA.

The reason for the delay the first packet is unknown, the Federal register can be updated at any time. Perhaps the White house was too busy with a political storm raging around the Donald trump. The delay of sanctions, commented Professor of MGIMO Valery Solovey:

I assume we are talking exclusively about a technical hitch. We must keep in count that the state Department is a bureaucracy, with all its advantages and disadvantages. It would be a miracle if they announced the sanctions August 22.

Is there any surprises?

— Hardly. The fact that it is actually automatic action, the so-called chemical bill, which was developed for the first time in 1991 against Saddam Hussein’s regime. Nothing new is expected.