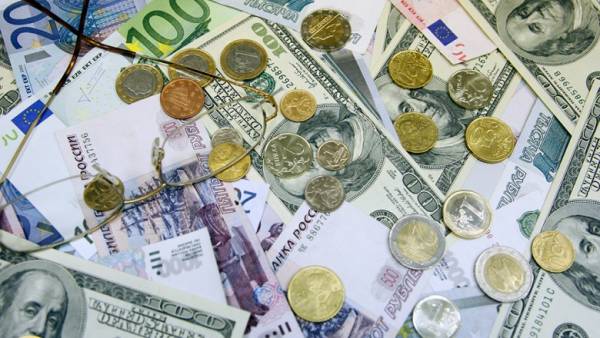 In an interview with the magazine “international life”, the Deputy Minister said that in connection with the U.S. sanctions on Russia will boost efforts to get rid of the dollar as a means of mutual settlements:

The time has come when we must get down to business, get rid of the dollar as a means of mutual settlements, to seek the other schemes. Thank God, it’s happening and we will speed up such work.

Ryabkov stressed that in addition to this, Russia has to take retaliatory measures.

“No response to us sanctions should not remain in the power of the logic and the mentality that exist in the United States. The lack of a direct answer to the call there is only perceived as a sign of weakness. This is another reason for the “hot heads” in Washington continue to increase the pressure,” said Deputy foreign Minister of the Russian Federation.

According to Ryabkov, to explain things to Washington, “useless”, Russia “already on it not paying attention”.

They do not perceive the normal logic. They believe that if you bend the line, sooner or later Russia will make concessions, will do what Washington wants, abandons its independent foreign policy and, in fact, capitulate. It is absolutely impossible.Sergey Raskovalova the Ministry of foreign Affairs of the Russian Federation

Ryabkov said that the stated U.S. conditions in the framework of the sanctions package in the “case Skrypalia” obviously impossible.

“The American administration announced in connection with the alleged involvement of Russia to the “case Skrypalia” two-stage sanctions, and in November, the potential for serious restrictions on the trade if we do not fulfill a number of conditions. The Americans used to talk with Russia in the language of ultimatums, demands,” he said.

“These conditions obviously and deliberately formulated so that it was impossible to perform. And everybody understands it — and the authors and artists. The goal is to show that the US does not suffer in the world no foreign policy actions, which would not fit into their idea of what is right and what is wrong,” — said the Deputy Minister.

Ryabkov said that the United States declare democracy “as the basis of his own social organization”, while not allowing in foreign policy no democracy, “they are on the path of total dictatorship”.