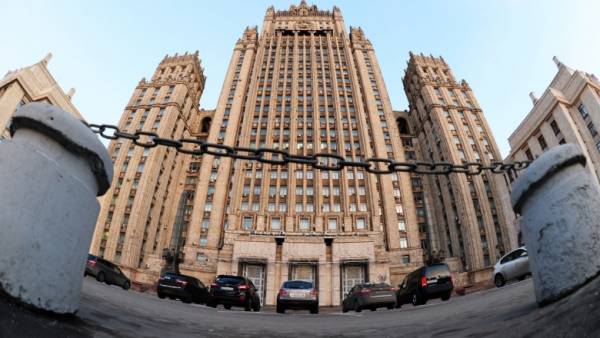 According to Ryabkov, it is clear that the United States will continue to impose sanctions and further.

Against the backdrop of difficult relations between the two countries tomorrow in Geneva will host a meeting of Security Council Secretary Nikolai Patrushev and the national security Advisor of the United States John Bolton. As noted Ryabkov, the Russian delegation intends to explain the failure of the current policy of Washington against Moscow.

“Of course, during tomorrow’s talks will address this theme in terms of clarification of depravity, irrationality and doom us sanctions policy as a method of foreign policy. We have not discussed and will not discuss any American conditions, kasiulowa, prepositions, criteria and the like. It let them chew at themselves and then discuss in your circle, on Capitol hill, anywhere,” — said Ryabkov.

He stressed that sanctions will not force to change the political course of Russia.

“Fifty-six rounds of sanctions that we passed. On the new approach. Our policy is not affected. Russia’s position in the world strengthened. The target of us sanctions policies are clear to us and they will not force us to change our course,” he said.