Peskov commented on the possibility of Putin’s statement on pensions

MOSCOW, 23 Aug — RIA Novosti. Press Secretary of the President Dmitry Peskov, commenting on Thursday at the request of the journalists the statement of Vladimir Putin on easing the government’s proposed changes to pension legislation, said that while to tell him nothing. 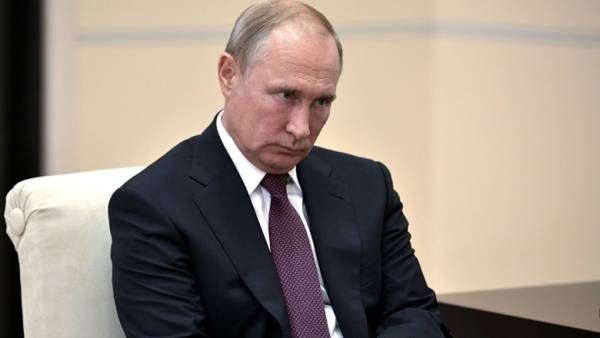 “If the President deems it necessary, he will do it, but so far I have nothing to say”, — said Peskov.

The state Duma on July 19 adopted in first reading a government bill on changes in pension legislation, he suggests raising the age of retirement to 65 years for men and 63 years for women. The change is expected to make phased from 2019. The house approved the basic provisions of the document, from now until September 24, it will collect amendments, which will then be a vote in the second and third readings and consideration in the Federation Council.

The government explained that the proposed changes of pension to non-working pensioners it is planned to increase in 2019 on the average on 1 thousand rubles, and by 2024 it is expected to average retirement of about 20 thousand roubles a month, corresponding to growth of approximately 35% compared with the level in 2018.

President Vladimir Putin said that he does not like any of the proposed options for raising the retirement age, and the Russians “see no good” that will not be able to retire when planned. But it should be based on economic evaluation and if nothing changes, the pension system in the future may burst, said the President. Strap the current retirement age was set back in 1956, when a pensioner had 3.7 V running, and the life expectancy was 67 years, he recalled. Now for every pensioner there are only two employees, and the average life expectancy rose to 73-74 years, explained the President.

No final decision yet, we should listen to all opinions, but does not assess those who have a PR on this topic, concluded Putin.