Moscow. August 23. INTERFAX.RU — head of the Republic wrote about the personal responsibility of parents, not sledushij for teenagers. 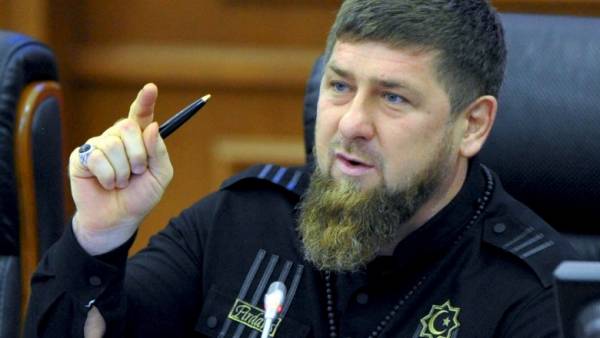 Teenagers, August 20 committed several attacks on police in Chechnya, have received orders from abroad through social networks, said Wednesday the head of the Republic Ramzan Kadyrov.

“There is no doubt that the team attack the police received from abroad on social networks. This is a real conspiracy not just against those who stand on guard of law and order, but against the entire Chechen people”, — he wrote on his page in “Vkontakte”.

“Attracting youths with a fragile psyche to commit serious crimes is deeply thoughtful and focused. Recruiters have set a goal to call in the Russian society lack of confidence to teenagers, every child 10-12 years have seen a potential terrorist and a dangerous criminal,” he continued.

Kadyrov also stated the personal responsibility of parents, not sledushij for their children. “If we can’t educate, if you are not able to protect from the harmful effects of ilysova and stooges of the intelligence services, may officially appeal for help to the child and representatives of relevant agencies. But to hide the fact that the son was in the networks of the recruiters and then shrug after blood was shed and no one is allowed”, — he wrote.

Frankly, I’m tired of talking some so-called human rights activists and the like figures who raise a howl at the slightest attempt to investigate, to organize preventive work.Ramzan Kadyrov, the head of the Republic

As a result of the attacks Aug 20, injured five police and two civilians. Four militants were killed and a fifth survived. Ramzan Kadyrov said that the attackers tried to commit high-profile crimes on the eve of Eid.