MOSCOW, 22 Aug — RIA Novosti. The eggs of many birds are pointed at one end so that they are not “rolled” from nests located on an uneven surface. This is the conclusion of biologists who observed the life of Arctic birds and published his findings in the Journal of Experimental Biology. 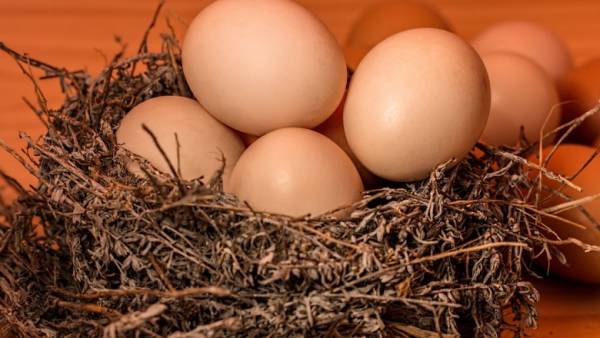 The eggs of many birds, in contrast to crocodiles, dinosaurs and other reptiles, often have a conical and very elongated shape. Then, how did such an unusual feature of the egg and the role it played in the evolution of birds has long been concerned about not only the Lilliputians from “Gulliver”, but scientists.

For example, recently they found that the General shape of an egg and its degree of elongation does not depend on the size of the bird, and how well it can fly and how often she does it.

Such discoveries have forced Hauber and his colleagues to ponder how there could be differences in size and blunt the sharp end of eggs during the evolution of birds.

Comparing the laying of different birds, scientists have paid attention to the extremely pointed eggs of thick-billed murres, similar in shape to a pear. Guillemots live at the bird colonies in the Arctic circle, setting up a giant prison on the cliffs, located at the shores of the Arctic ocean.

During the breeding season they form pairs and lay their eggs directly on cliffs, making nests at the edge of a cliff. This fact led scientists to believe that grosvenori eggs of guillemots can help them to keep himself in place and not slide off into the abyss.