The U.S. government has forced Cyprus to freeze the accounts of Mr. Deripaska and Vekselberg

Cypriot authorities imposed on them after pressure from the American authorities decided to freeze the Bank accounts of the Russian businessmen Oleg Deripaska and Viktor Vekselberg, says the report of the U.S. Treasury, represented in Senate banking Committee, the U.S. Deputy Minister of Finance Sigal Mandelker. 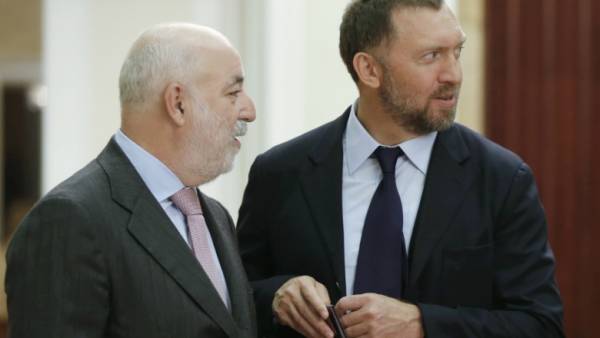 “Senior officials of the state Department and the Ministry of Finance actively cooperated with the Cypriot authorities on the past year and a half in order to emphasize the concern that Cyprus is still a large amount of suspicious Russian funds and investment, and put pressure on the Cypriot officials in order to impose restrictions in the financial system against such threats”, — stated in the report.

According to the American authorities, Cyprus introduced a simplified procedure for obtaining citizenship in exchange for investments of, and acts weak regulation in the field of registration of legal entities, than you can use to create shell companies and gain access to the international financial system to bypass us sanctions.

“Although Cyprus remains a challenging jurisdiction from the point of view of the laundering of Russian money, the administration (of the United States. — RNS) noted some progress. After the imposition of sanctions against businessmen on 6 April, Bank accounts, Oleg Deripaska and Viktor Vekselberg were frozen. And in may, 2018, Cyprus has issued a Directive with the instruction to banks that they drew attention to some of the financial risks related to shell companies, in particular, concerning the difficulties related to verification of customer data,” reads the report.