The Muscovite, brought from Peru shaman’s drink and got 11 years in prison

The Domodedovo court of the Moscow region has sentenced the inhabitant of Moscow Maxim Gerta to 11.5 years in prison for smuggling drugs, which he brought from medical tourism trip to Peru. 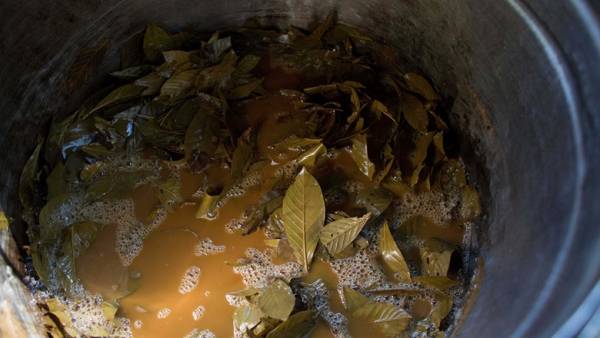 As told bi-Bi-si the lawyer condemned Vladimir Brigadin, the young man worked as an artist-designer in the Department store and went to Peru to heal.

He has been suffering with a back trouble, and none of the traditional methods of treatment does not help him. He read that in Peru there are specialized shamanic centers, and went there to be treated.Vladimir Brigadin

Peruvian shamans of traditional Muscovite drank a decoction of “Ayahuasca”, which has hallucinogenic properties. Because he did not have time to complete the course of treatment to return home, we decided to take to Moscow one liter of this healing drink to once a month to drink it at home.

“He brought [the drink] is very open, handed it to baggage, had a transplant in Madrid, and no it never stopped,” — said the lawyer.

The problems began when passing through customs at the Moscow airport: customs officers decided to confiscate a bottle and send it for examination. According to its results in the bottle was discovered 465 grams of narcotic substance dimethyltryptamine banned in Russia.

The court made Maxim Gert sentence under articles 228.1 (illegal manufacture, sale, or shipment of narcotic drugs) and 229.1 (smuggling of narcotic drugs) of the criminal code of Russia. According to the record of the court, the sentence was handed down on June 26, however, the media drew attention to it just now.