MOSCOW, 21 Aug — RIA Novosti. Moscow will make the necessary conclusions in connection with Microsoft claims that the alleged “Russian hackers” tried to interfere in mid-term elections in the United States, said in comments of the Department of information and press of the Russian foreign Ministry. 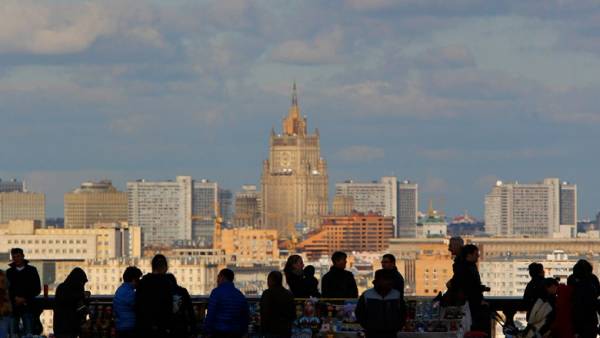 The American Microsoft Corporation has announced that it has recorded new attempts by hackers connected to Russia, to influence the elections in the U.S. Congress, which will be held in November. According to Microsoft, “a group closely associated with the Russian government,” Strontium (Fancy Bear, and APT28) created web pages and URLS that mimicked the websites of the International Republican Institute, the Board of Directors which consists of six Republican senators and candidates to the American Parliament, and the Hudson Institute.

“At all desire cannot be meaningfully comment on the claims made without giving at least some evidence and is clearly aimed at maximum political and public “wow-effect”, — said in a commentary.

It is a pity that a large international company, besides long been actively and successfully working on the Russian market, have to participate in seized Washington “witch hunt”. Apparently, in order to demonstrate their loyalty. It’s their choice. We also have to draw the necessary conclusions.THE MINISTRY OF FOREIGN AFFAIRS OF THE RUSSIAN FEDERATION

The Russian foreign Ministry recalled that Moscow has long offered to do a specific thing. In particular, we are talking about the organization of the meeting of the bilateral working group on cyber security, “where such problems should, in fact, be discussed with the participation of specialists from Russia and the United States,” said the Minister.