Spiegel called the detainee in Berlin Russian “Islamists from Chechnya”

Moscow. August 22. INTERFAX.RU —the Detainee in Berlin, the Russian Magomed-Ali s. — “Islamists from Chechnya”, according to the website of the German weekly Der Spiegel, citing sources. Official confirmation of this information to “Interfax” failed to obtain. 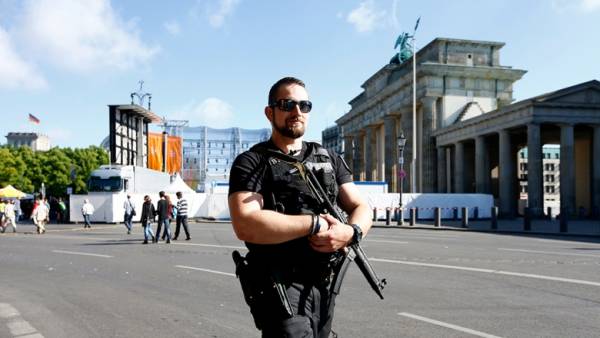 “We do not comment on reports the personal data of the suspect”, — said the representative of the Prosecutor General of Germany.

According to the Prosecutor’s office informed the press release, the detainee’s 31, he is a citizen of the Russian Federation. According to prosecutors, the man in 2016 were preparing a terrorist attack with the prisoner in France by Islamist Clement B., and kept in his explosive — acetone peroxide. In the autumn of the same year in the apartment of the suspect was searched, as believes a consequence, the detainee refused from his intention.

Back in the spring, the newspaper Westdeutsche Allgemeine Zeitung reported that the detainee in France, Clement B. was familiar with the Anis Amri, in December 2016 truck rammed a crowd at Christmas market in Berlin, the attack then killed 12 people.