Security officers were finally charged with the murders

Employees of the Tyumen FSB start to get acquainted with the criminal case. 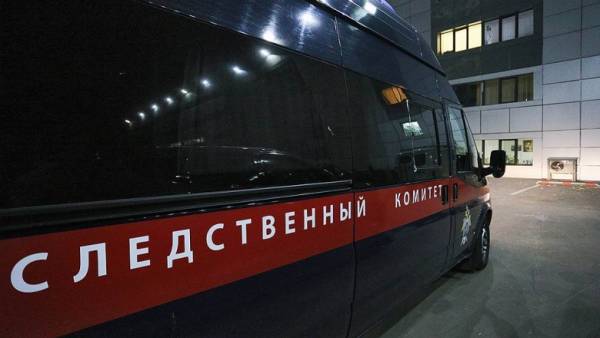 As it became known “Kommersant”, the Investigative Committee has finished basic investigations of resonant criminal case against former employees of the FSB in the Tyumen region. According to the final prosecution, the investigation considers the security officers involved in killings, kidnappings and extortion. According to investigators, they were dressed migrant workers in business suits to shoot to intimidate businessmen who refuse to pay them. Soon the investigation will begin familiarization with the case materials.

That in September, the defendants in the case of the so-called gang of FSB and their counsel should begin to familiarize with the case materials, “Kommersant” said a source in law enforcement bodies. They are now in remand prison in Moscow.

“All charged in the final version. But to disclose the materials of the case, no one will, as in the course of the investigation were given to the subscription”, — said the interlocutor of Kommersant.

Then the materials will be forwarded to the Prosecutor General’s office to approve the indictment and sent the case to another jurisdiction in a military court of the Urals Federal district, as the crimes allegedly committed by former and current at the time employees of the FSB in the Tyumen region.

According to “Kommersant”, at the presentation of the final charges the Lieutenant of FSB Alexey Korotkov, his colleague, warrant officer Yevgeny Smooth, coach on Sambo of the KGB Alexander Kobylino, the operative of the interior Ministry Sergey Zazula and unemployed Sergey Sinyakov investigators of the Main military investigative Department of the investigative Committee of Russia (GVSU TFR) generally supported the initial qualification of the charges against them of crimes. The defendants depending on the role each of them was charged with murder (article 105 of the criminal code), robbery (article 162 of the criminal code) and hooliganism (article 213 of the criminal code) and kidnapping (article 126 of the criminal code). The prosecution of another accused, the captain of the FSB Vladimir Gileva, was terminated in connection with death — he was found in his jail cell with his throat cut.

According to the version of GVSU TFR defendants from 2008 to 2016 were engaged in robberies in the shadow of absalikov. In addition, the victims of the security forces were several immigrants from Central Asia — the killings, according to investigators, was used by the KGB to intimidate the Tyumen businessmen who refused to pay them tribute.

So, in case you specified the episode when members of the group dressed in a business suit one of the migrants, and then killed him in front of a businessman who extorted a large sum of money. Murder of taxi drivers, said the case was committed to steal their cars, which was then used for other crimes. In addition, the group members were involved in the theft of the safe with the money from the commercial company of Tyumen in December 2008, as well as about the mining of the Tyumen restaurant “Bass” in January 2016. Alexander Kobylin and Sergey Bruises appear in the case of the murder of a woman in Tyumen in 1994.

However, after it was established the identity of suspects, the case was referred to military prosecutors in Moscow and the FSB in the Tyumen region was the purge — their posts have gone to the heads of several departments headed by the head of Department by General Vadim Pyatisetovy.

The defence to comment on the progress of the investigation refused, but confirmed that a few days are beginning to get acquainted with the case materials. Previously, Alexander Kobylin publicly appealed to Russian President Vladimir Putin, claiming that the case against him was fabricated, and he is the only witness to one of the murders.