As restrictions affect life in Russia. 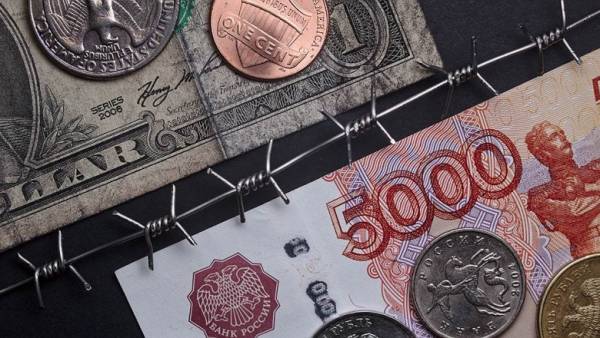 Relationship with the Kremlin cost the businessman Oleg Deripaska half of the state figures on the eve announced by the U.S. Treasury. Representatives of the office spoke at a meeting of the Senate, where they discussed new, more ambitious sanctions against Russia. Herewith another package of restrictions initiated by Donald trump and his administration, comes into force on Wednesday. What is the new limit? How they will affect the Russian economy? And who worked previously introduced sanctions?

For Magnitsky, for Crimea, for Donbass, for meddling in the election… the American sanctions have so much that it is no wonder confused. Those that are introduced into the environment, prepared by the U.S. Department of state. The formal cause is poisoning Sergei Skripal. Consequences — a ban on exports to Russia of electronic devices and components of the so-called dual-purpose. If you specifically patents, technology, programs and equipment that can be used for both civilian and military applications, said associate Professor, faculty of world economy and world politics VSHE Natalia Karpova:

This is a computer program that can be used as civil companies and companies that are engaged in war production and military research. For example, we need both programs and individual parts, which can be used in aircraft.

Doesn’t sound too scary. But the question of interpretation: might the equipment can be used for processing of hydrocarbons, said Professor Tennessee state University Andrei Korobkov. Therefore, the Russian economy will definitely feel the effect of the next sanctions of the strike, he said: “Russia is a very important player in the field of hydrocarbons, metals, military equipment. Trump decided to use sanctions to suppress Russia as an economic competitor. For example, he actively plays this card, fighting against the “Nord stream-2″, threatening with sanctions, even the Europeans.”

The damage from the sanctions say 2014. For the first time in the lists USA appeared fuel, defense companies and people who are considered close to the Kremlin. But after a history of intervention in the American elections flywheel was untwisted. As a result, only in 2013 the U.S. investment in Russia decreased by 80%. And since the beginning of last year, Washington froze Russian assets in the hundreds of millions of dollars, according to the American Ministry of Finance.

However, as previously noted in an interview with “Kommersant FM” the former senior adviser of U.S. state Department Brian O’toole, who personally participated in the development of some of the sanctions measures took effect.