Orphaned cubs have been attacked by relatives

Canadian scientists for several years, followed by populations of African elephants and found that orphaned cubs, trying to find solace in a circle of relatives, more often become the object of aggressive behavior during feeding and rest. The article was published in the journal Animal Behaviour. 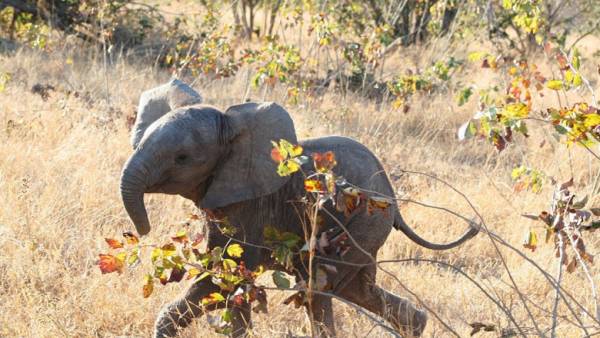 A strong relationship between the baby and the mother characteristic and important for many species of animals. Orphaned deer, for example, differ from their peers not orphaned poor physical shape. To compensate for the lack of communication with older individuals, Pets can find their “foster parents”: so, for example, do bear the baboons.

Members of the species Savannah elephants (lat. Loxodonta africana) live in small herds of 9-12 individuals. In the social hierarchy of the elephants mounted a matriarchy: the cubs are brought up by mothers and their sisters. The proliferation of poaching for the purpose of production tasks significantly reduces the population of Savannah elephants, which remain without care, many elephants.

On the beach in Evpatoria bathed the elephants (photos, video)

A study of the impact of the reduction of elephant population is engaged in the scientific group under the leadership of George Wittemyer (George Wittemyer) from the University of Colorado. They are, for example, found that, in contrast to the bearish baboons who are looking for their new parents, orphaned elephants prefer to spend time in the company of peers.

In the new work, the scientists decided to monitor the difference in social interaction with elephants orphaned elephants and the baby elephants who are brought up in families. To do this, they for several years (may 2012 to April 2015 and then from August to September, 2017) followed by several hundreds of elephants in national reserves Samburu and Buffalo springs in Kenya.

Under their supervision were as full matriarchal elephant family (young and adult females — mothers, or their sisters), and the lonely elephant, whose relatives were killed by hunters: how do scientists, in the period from 2009 to 2013 in the studied areas was observed with a high level of poaching.

The researchers recorded symptoms friendly (for example, touch trunks, the friction bodies or heads), and aggressive (for example, getting up on its hind legs, or tremors) behavior in relation to orphaned and not orphaned cubs. The behavior was studied during two types of activities: nutrition and rest.

Scientists have found that orphaned cubs are much more likely to be subject to aggression by other individuals in the diet (p = 0.036) and rest (p = 0,048). While the standard receiving friendly behavior two groups of animals did not differ, but only in the case of the analysis were eliminated interference between orphaned elephant and his mother. Overall, the orphaned cubs have received much less affection from the other.

The study shows the social importance of child abandonment in elephant society: losing family, babies begin to communicate more often with individuals from other groups, often becoming the object of aggressive behaviour. The authors also noted that with age, the level of negative interaction with the orphans decreased: this is because, growing up, elephants less need to play with other dogs.