MOSCOW, August 22. /TASS/. The leader “Fair Russia” Sergey Mironov called for the introduction of a moratorium on the use antiextremist provisions of the Criminal code of the Russian Federation and proposed to amend the legislation. This is the official website of the party. 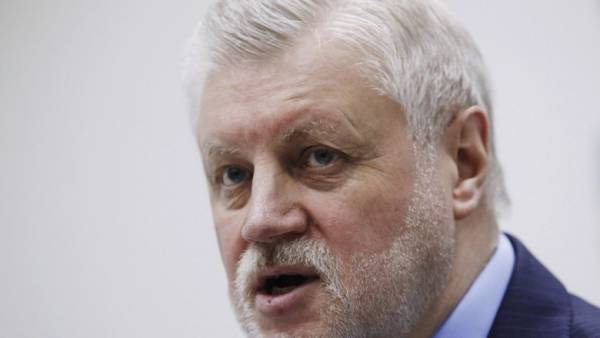 As noted, a wide resonance in society and the media led to the arrest of a group of young people, including a minor girl, accused of creating an extremist community “the New greatness”. In General, according to expert estimates, the number of people convicted of extremist articles of the Criminal code, “in 2011 has grown four times”.

Mironov stressed that the state should have the tools to counter extremism, but these tools need to be able to use it.

“Whereas a growing number of cases, when law enforcement is unable to clearly explain what is the fault of “extremists”, what specific threat to the state they represent, believe that there should be a moratorium on the application of articles 280, 280.1, 282.2 of the Criminal code, to conduct a broad discussion of anti-extremist legislation and its enforcement” — are the words of the policy in the message.

According to the parliamentarian, it is necessary “to make adjustments not only in the relevant article of the criminal code, but in the departmental documents, and to review the structure and staff of appropriate divisions of power structures”.

Such a moratorium, says Mironov, “can not create a threat to the security of the country.” “On the contrary. The fight against extremism for the sake of gross indicators, careerist aspirations, irresponsible and thoughtless, as so often happens today — it is the proverbial rocking the boat,” — said the leader of Savrasov.