Life on Earth was much older

According to the new estimates, the so-called last universal common ancestor (LUCA), who was the ancestor of all contemporary organisms on Earth — from bacteria to humans, lived more than four billion years ago. 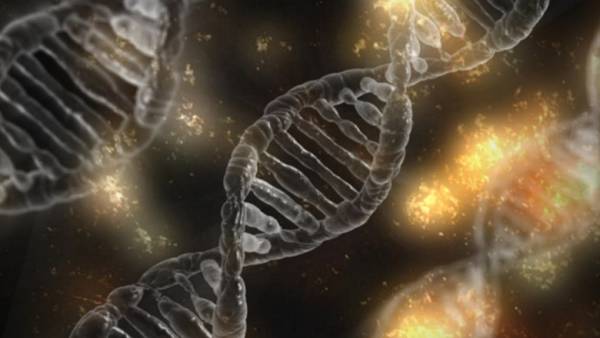 It is found out thanks to a new approach to defining the time of existence of LUCA, who invited scientists from the UK. According to previous estimates LUCA lived 3.5 to 3.8 billion years ago. The results presented in the journal Nature Ecology & Evolution.

Found the leg, which left the largest of the famous dinosaur footprints

Paleontologists have been trying to establish when our planet life appeared. However, in the fossil record to recover its history is impossible, since such finds are rare and only fragmentary cover the tree of life. “There are some fossils of the Archean period (he started 4 billion years ago and ended about 2.5 billion years ago — approx. Indicator.Ru), but in General they cannot be attributed to any known genealogical line — no blue-green algae, nor to the halophilic archaea, which are painted in pink color of the salt marshes around the world, says lead author Holly Betts of the University of Bristol (UK). — Difficulty with the early traces of life is that very few of them, and that they are difficult to interpret — a careful re-analysis showed that some of the oldest fossils was the usual crystals, and not traces of life.”

In addition to looking for fossils to learn about the past of the Land, restoring the history of the development of life with molecular clocks. Knowing the differences in the genetic information of various organisms and assess the rate of accumulation of mutations, scientists can conclude that, when there was their common ancestor.News

If you take all the known genomes, you get a lifetime of the last universal common ancestor. In the new work, scientists have proposed an improved method for the recovery of the history of life which does not rely on constantly changing the age of the oldest fossil finds.

Using new technique, scientists have found that life existed before the mark 3.9 billion years ago, before the era of late heavy bombardment — a period of strong falling of meteorites on the stone planets of the Solar system. “This is significantly earlier than can be assumed on the basis of the most ancient fossils, says co-author David Pisani. Our results show that two main branches of life — bacteria and archaea — appeared approximately one billion years after the existence of LUCA”.