Kiev will not agree to Moscow’s proposals on the Donbass, said Poroshenko

KYIV, Aug 22 — RIA Novosti. The President of Ukraine Petro Poroshenko said that Kyiv will never agree to Russia’s proposals for peace in the Donbass. 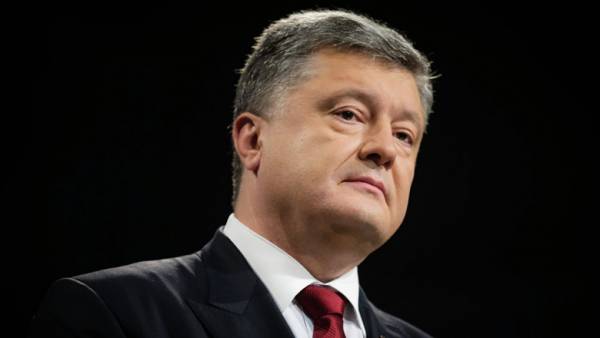 “The key to the world (in the Donbass. — Approx. ed.) is not in Kiev, not in Washington and not in Brussels. The key to the world is in the Kremlin. And if someone we will impose onerous Russian conditions, I want to emphasize that not only for the President but for the entire Ukrainian nation this way is absolutely unacceptable as this path is not for peace,” Poroshenko said on Wednesday at a veterans forum in the capital of Ukraine.

Kiev believes that Russia intervenes in the Affairs of Ukraine is a party to the conflict in the Donbass. The Russian foreign Ministry called the allegations “unsubstantiated public insinuations”. Moscow has repeatedly stated that it is not a party to domestic conflict and is not privy to the events in the South-East, is interested in Ukraine overcame political and economic crisis.

Kiev insists on the introduction of Donbass peacekeepers of the United Nations. Earlier the President of Russia Vladimir Putin said that he supports the idea of sending UN peacekeepers to Ukraine, but we can only talk about the function of ensuring the safety of OSCE staff. Kiev believes that the UN mission should have a broader mandate and be placed on the entire territory of Donbas up to the border with Russia.

Previously, the press Secretary of the Russian President Dmitry Peskov said that Vladimir Putin and German Chancellor Angela Merkel expressed regret in connection with the slipping of the Minsk agreements on the settlement of the conflict in Ukraine. He noted that during the talks Putin and Merkel “expressed concern about the uncertain prospects of extending the expiring of the law on the special status of Donbass, which is quite an important element of the Minsk agreements”.