For the whole of Russia was hot, except for the Far East and the Caucasus

And the distribution of precipitation across the country since the 1970s has changed in a random way. 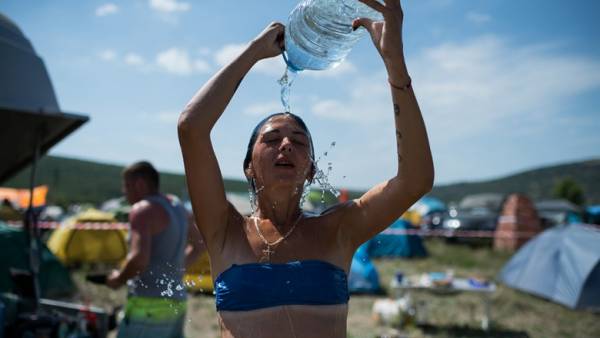 The Institute of geography RAS appreciated in different regions of the former Soviet Union changed the number of days with average daily temperature above 10 degrees Celsius and annual rainfall. Almost everywhere except some of the Arctic and far Eastern territories, the number of quite warm days has increased, but the spatial pattern of precipitation changes was much more difficult. A scientific paper published in the journal Russian Meteorology and Hydrology.

Global warming has an impact on the economy such a big country as Russia. But you need to understand what will be its impact. The main changes under global warming affect the average daily and annual temperatures and precipitation: it is defined by including the wind direction, which occurs due to the movement of air masses of different temperature and pressure difference. Therefore, researchers have determined how a change in some of these settings since the beginning of rapid warming to the present decade.

The basis of the work was weather data in 1951-1970 and 1991-2010 years. The researchers determined the number of days per year with average daily temperature above 10 degrees Celsius in various regions of the USSR (for the first set of dates) and its former territories (1991 and later). The same they did with an average annual rainfall. Information for the same geographical locations were compared over the years.

The comparison showed that from 1951 to 2010, the number of days with average daily temperature above 10 degrees Celsius increased almost throughout the former Soviet Union. This is especially evident in Kazakhstan, Altai and Kamchatka.

However, in the Caucasus, the Far East and Arctic territories, it remained the same and even sometimes lower. And the change in precipitation has a more complex picture, in which it is difficult to identify any patterns.

Death from the heat: as temperatures will destroy people

In the very South of former USSR, near the Caspian sea, rainfall was much more. In Latvia and Ukraine the annual amount of precipitation also increased, but not too noticeable. In Taimyr, Novaya Zemlya and in the Khabarovsk region, on the contrary, it fell in all other regions of Russia and adjacent countries it is either little changed, or changes were not associated with temperature. Thus, although the higher temperatures in the former Soviet Union apparently clear trend to increased rainfall, which, according to forecasts of climatologists, should happen, yet could not be found.

The climate of the planet changed many times in the past. Although until recently this was not due to human activities, the warming and cooling significantly affected the history of our species.

According to one hypothesis, human ancestors descended from the trees because of the lack of rainfall, they began to form too little fruit.

Voyage of the Vikings, the discovery of new lands and establishment of settlements in Greenland was possible because at that time (XI and XII century) the climate was warm enough for regular circulation in the North Atlantic and even for cattle on Greenland shores. The current warming is likely to do Russia good, as the area where you can maintain agriculture, will increase. Moreover, this is already happening. However, as the authors write, with the spread of cultivated plants in the North to expand their areas of pests.