The interior Ministry was allowed to pay informants

In solving crimes, you can earn millions. 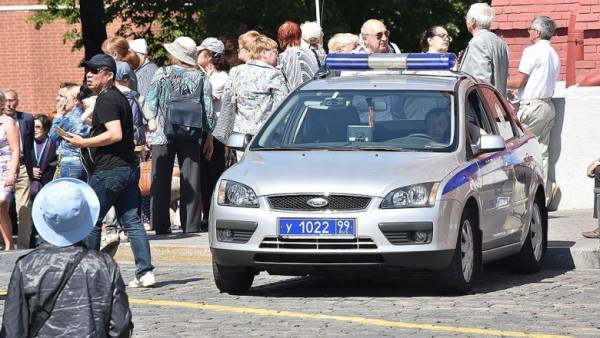 The material form of encouragement of citizens helping the police in catching criminals and solving crimes, approved by the Ministry of justice. Remuneration can vary from a few thousand to tens millions of rubles. The scheme for obtaining money or failure to pay specified in the relevant order of the Ministry of internal Affairs. Acting police believe that among the citizens there are real bounty hunters of criminals, and the former believe that such payments can lead to abuse on the part of law enforcement.

The procedure for promoting citizens assisting police in solving crimes and apprehend criminals, was developed by the Ministry of internal Affairs more than a year. Prior to this, if the police and stimulated their volunteers, in exceptional cases, declaring reward for the capture of dangerous criminals. As such, the budget for these purposes in law enforcement was not, and money was sought from private foundations Department for each specific case. The majority of informants or those who helped in the arrest of the offender, could count on a departmental medal “For assistance to MVD”, the diplomas, valuable gifts and the identity of the freelancer.

The document was handed over this year. Any significant comments to the Ministry of internal Affairs order “About the position statement about appointment and payment of remuneration by the police for assistance in solving crimes and apprehending persons who have committed them” at office was not. Act, this regulation will begin after the official publication server of the bodies of state power of Russia.

Designed interior scheme will work as follows. To resort to the help of the population in apprehending the criminal or solve the crime, the appropriate division of the internal Affairs body shall report to the Department on financial-economic policy and social security (fed) of the Ministry of interior. If the initiative is approved, the relevant information indicating the amount of compensation shall be posted on the official website of the Ministry of internal Affairs and the media.

Benefits can range from 50 thousand to 10 million rubles From the order of the Ministry of interior show that the payments at the rate to 500 thousand rbl.— the prerogative of the head of the regional administration, the decision on remuneration up to RUB 3 million will take the first Deputy head of the interior Ministry.

For particularly important information are provided and a large amount, but the relevant decision will remain personally with the head of Department Vladimir Kolokoltsev.

After the capture of a criminal or an “initiative of submission by a citizen of reliable information” (payment of secret agents are regulated in other documents) the fed is obliged to transfer the agreed amount to the territorial authority of the interior Ministry purpose. By order of the informant within two weeks to notify you about the payment of compensation to him. The money can be paid in cash or credited to a Bank account. In the first case, the citizen is obliged to write a receipt. In case of refusal to pay the interior Ministry is obliged to notify the informant in writing within seven days from the date of adoption of the relevant decision. Failure, obviously, can be appealed, including in a judicial order.

The interior Ministry believe that their initiative will lead to more active assistance to citizens, law enforcement agencies and will help to avoid any abuse with financial settlements with them.

Many of the current members of the police believe that the effect of financial incentives citizens can be substantial. “If earlier we often helped with information and free, that now the number of such people, I think, will be considerably increased, — said an officer of one of divisions on struggle against economic crimes. And these bounty hunters can become, for example, private investigators.”

As explained “Kommersant” the General-the Lieutenant in resignation Alexander Mikhailov, who served in senior positions in the FSB, interior Ministry and Federal drug control service, is still the practice of paying money to people, really helps to identify dangerous criminals, was not regulated. As an example, he cited the teenager, whose testimony about the origin of the bags, where there was a pipe bomb, contributed to the capture of extremists who had organized the explosions in Moscow in 1977. “As I recall, the kid was offered a choice of the children’s railway or the bike,” said the veteran of special services. In the 90-ies the situation has changed. In particular, according to him, heads of police units sought any “extrabudgetary funds” for the payment of awards in case after announcements in the media, someone from the citizens gave us very valuable information.

According to “Kommersant”, it was mostly about money of entrepreneurs who were transferred to the charity funds of the departments of the interior Ministry. Law enforcement officers are not able to spend the rewards of their own money, during the audit it could be construed as their misappropriation or embezzlement.

Later, the FSB offered large payments for information on terrorists, but, according to mister Mihajlova, was “exceptional cases”, and the question of money was decided “at the highest level.” At the time, and the DEA also wanted to attract the citizens to the country data money, and small — in the region of 300-500 rubles. per unit information about the drug or drug houses. But then it was only spoken about the readiness of the payments from the regional authorities, which, however, has not received further development. However, even this small amount was to be repaid only after verification of the information by investigators and instituted mandatory criminal cases.

“Guaranteed to receive the amount due, the citizen, with valuable police information, must record the address through the 02 or 112, otherwise the call can easily be treated as anonymous. Then you need to come to the police and give an explanation and even more preferably to a receipt, the officials on the given information” — recommended in a conversation with “Kommersant” the Chairman of the coordination Council of the Moscow police trade Union Mikhail Pashkin.

Thus, according to him, to avoid abuses by those same law enforcement officers is hardly possible.

For example, says Mr. Pashkin, the police can identify the criminal, for the capture or information on which it is declared remuneration, and to pass information to your trusted person and share the money.