MOSCOW, 20 Aug — RIA Novosti. Rain and heat episodes have become extremely long in recent years due to rapid changes in the nature of the motion of the winds over America, Europe and Asia, associated with warming of the Arctic. Write about the climate scientists in the journal Nature Communications. 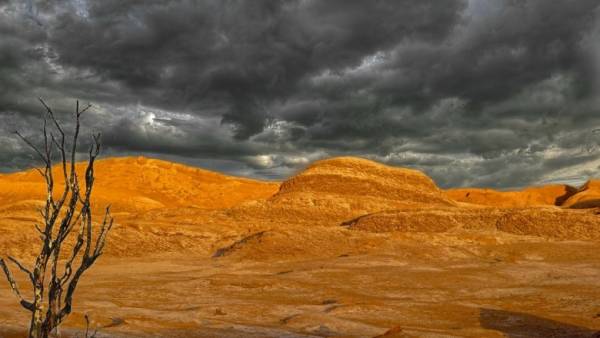 “The entire planet covers the giant flow of air, which we call “planetary waves”. Our observations show that greenhouse gas emissions began to affect their work, preventing their spread and movement. When these waves get “trapped”, they are, in fact, ‘frozen’ weather, causing the rains turn into floods, good weather — heat wave and drought — the most powerful fires”, says Hans Schellnhuber (Hans Schnellnhuber) from the Institute for climate research in Potsdam (Germany).

One of the consequences of global warming are considered to be the so-called “extreme weather events” — periods of abnormal heat in the winter or cold in summer, heat wave, the week-long torrential rains, droughts and other phenomena associated with the “wrong” weather. For example, the flood in Krymsk in 2012 and the summer heat wave in Russia in 2010, today is considered one of the most striking examples of such phenomena.

The frequency of such occurrences in the future will only grow as further development of global warming and they will cover all large areas. This will lead, as shown by the calculations of Western climate scientists, to a sharp increase in mortality — each “extra” degree heat in the summer will increase the number of people who died by 5%.

As noted, Schnellnhuber, many people have begun to notice in recent years that the weather in the summer months is not changing as fast as it did in the past, the hot days turned to weeks heat and the rains sometimes last for several days. It causes fires, floods and other disasters, causing huge damage to the economy and claiming the lives of hundreds of people.

German climatologists interested in this problem and tried to uncover her roots, studying data collected by surface weather stations and satellites during these anomalies. After analyzing these data, scientists have compared it to that predicted by computer climate models in the hope to find the root of these strange “frost” weather.

As it turned out, almost all of these events were generated by the fact that temperatures in the Arctic in recent years have grown markedly higher than in other regions of the Earth. Due to this difference in temperature between the Arctic, the temperate latitudes and the tropics has dropped significantly, which dramatically changed the nature of the movement of the winds in the upper atmosphere.