MOSCOW, 20 Aug — RIA Novosti. The Minister of education of Russia Olga Vasilyeva declared that categorically against legislation reducing the allowable number of adopted a family of children to three. Document about tightening of adoption was not agreed neither with the Minister nor with the Ministry of education, she said. 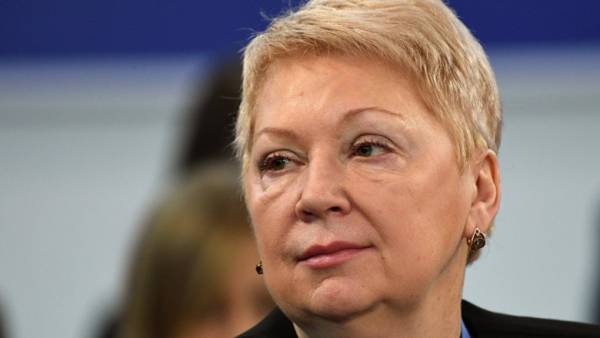 Earlier it became known that the Ministry of education of the Russian Federation is preparing a legislative initiative on toughening of requirements to the candidates for adoptive parents and reduce the allowable number of adopted a family of children.

She said that such things should be approached very carefully, “so we will continue work on the bill and will engage in dialogue with the expert community”.

“We hope to include in this process the Ombudsman for children under the President of the Russian Federation Anna Yurievna Kuznetsova, as well as representatives of profile committees of the state Duma and the Federation Council, the Ministry of interior, the UK and the Prosecutor General”, — said the Minister.

According to her, the draft law aimed at improving the system of selection of adoptive parents, really developed and contains a number of measures aimed at the protection of children-orphans and children left without parental care.

This, for example, measures for the compulsory psychological examination of not only the prospective parents but also those who are with them resides. Once again, I note that the point of the reduction is not correct, not objective and certainly no place in the law. Our task is to protect children and help foster families by making the adoption process as clear and child-centred.Olga Vasiljeviene of education of Russia