The third of the “supertall” turned out to be water worlds, say scientists

MOSCOW, 20 Aug — RIA Novosti. Planetary scientists have analyzed the properties of almost several thousand “supertall” and came to the conclusion that the third of them is a planet-the oceans. Their findings were presented at the Goldschmidt Geochemistry conference in Boston. 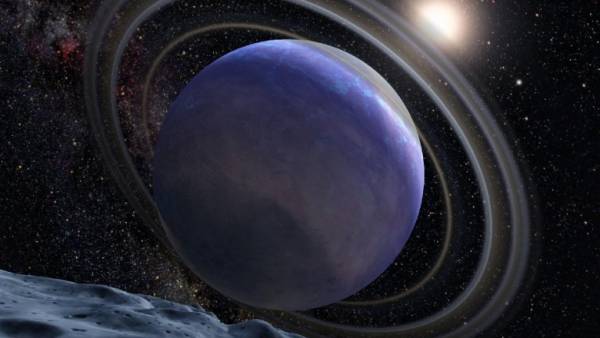 “This conclusion was a big surprise to us. We were just trying to understand how the mass of planets is related to their radius, and created a model that explains why this relationship exists. It shows that the planet, whose radius is greater than the earth not more than 1.5 times remain rocky, while the larger planet should be water worlds,” said Li Zeng (Zeng Li) from Harvard University (USA).

Event or a supernatural power? Who created the Universe

Over the past few years the orbital telescope Kepler, CoRoT, and their terrestrial counterparts has opened more than a thousand exoplanets, and several thousand possible candidates for this role. Most of them refers to the number of hot Jupiters, however, the new methods allow you to find more small planets. A growing number of potential counterparts of Land are increasingly forcing scientists to think about what some of them can support life.

Many of rocky planets are so-called “supertall” — their mass, size and density are approximately in the middle between the earth and the gas giants. For this reason, planetary scientists today do not believe that these worlds are similar in their appearance on our planet — it is possible that they represent an “ocean” of the planet, most of the mass of which is water.

As explained by Zeng, to give a definite answer to this question is impossible, as current telescopes are not able to get pictures of these planets, or at least to study in detail their range.

Harvard astronomers approached the problem from another angle. They didn’t try to “guess” their composition according to their size and mass, which we already have, but have done the opposite. Changing the composition and structure of virtual copies of these planets, scientists have tried to find these properties, which would lead to the formation of the same set of “supertall,” which opened over the past two decades.

These calculations showed that one in three “super-earths” should be a planet ocean, about half consisting of water. Despite the large quantities of water, they are not similar to Earth and are not necessarily inhabited.

“Yes, they have water, but it is not the same as on Earth. The surface temperature of many of these planets will exceed 200 degrees Celsius, and the atmosphere will be composed of super dense clouds of steam. Only on the big “deep” water is a liquid, and at very large depths it will turn into ice because of extreme pressure,” explains Zeng.