MOSCOW, 19 Jul — RIA Novosti, Alfia Enikeeva. Most of the microorganisms contained in sea water can hardly be called alive. At the same time in a single drop of the oceans millions of them and they are able to affect the climate of the entire planet. RIA Novosti understands the dangers of marine viruses and whether to deal with them. 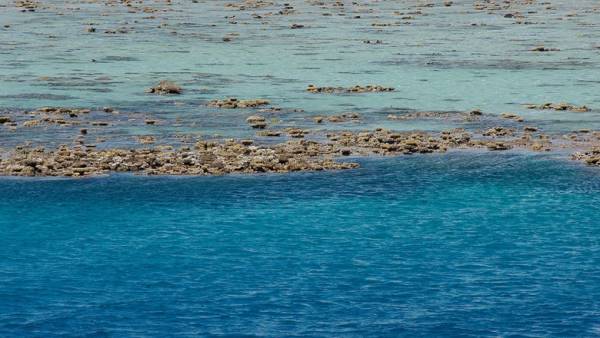 Microorganisms with a size of 60 galaxies

In 1989, scientists from the University of Bergen decided to look at using a transmission electron microscope onto the material, precipitated from sea water. The result was stunning: it turned out that in one milliliter of the sample, there are about 250 million viruses — a hundred times more than was considered before, when the viral particles were studied on artificially cultured bacterial lawns.

Further work yielded even more dramatic results. Viruses were the most numerous organisms in the oceans — their account number in the zillions. If you put all the marine virus particles in a chain, it will last for 60 of the galaxies.Elena Lejasvigantu of biological Sciences, Professor, head of the Department of ultrastructure of cells of the Limnological Institute of the Siberian branch of the Russian Academy of Sciences.

Modern methods of DNA decoding even more changed ideas about the number and variety of viruses living on the planet. In 2016, scientists from the joint genome Institute in California National laboratory. Lawrence Berkeley analyzed a huge amount of data obtained from metagenomic sequencing of samples from the three thousand geographical locations — it was marine, freshwater and terrestrial ecosystems. The researchers found more than 125 thousand plots of viral DNA, which increased the number of known viral genes in 16 times.

Microorganisms in the oceans much more than fish and marine mammals. According to some reports, they account for up to 98 percent of all ocean biomass. And the most numerous viruses. Every second they infect trilliardy marine life and therefore consume daily to 20 percent of oceanic biomass.

Grey cardinals of the body: how microbes rule the people

The viruses are characterized by extreme robustness and ruggedness. They can exist in a wide range of temperatures and under the most adverse conditions. For example, a virus of the marine diatom (Chaetoceros debilis CdebDNAV) continues to infect and at minus 196 degrees Celsius. Cyanophage stored in the sediments to a hundred years, a giant virus of amoebae Pithovirus sibericum by the age of 30 thousand years, not so long ago discovered in the permafrost, were still capable of infecting microorganisms.

In addition, the long time it was thought that each virus is targeting only a small group within the microbial community, bacteria of a particular type. However, American scientists have shown that marine viruses are not so picky with food and can infect organisms of different genera.