Sex in the White house

In 2018, marks the 20th anniversary of the scandal that erupted after reports of a sexual relationship US President bill Clinton with White house employee Monica Lewinsky. However, Clinton is not the first American leader whose private life has amazed the public. 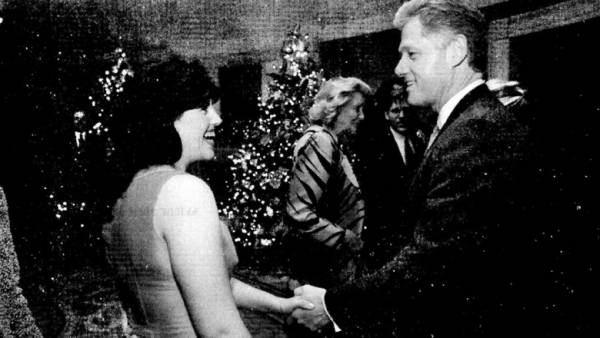 In 2018, marks the 20th anniversary since broke one of the biggest in world and American history scandals associated with the personal life of the President. In January 1998, appeared in the media first reports on the physical proximity between 49-year-old U.S. President bill Clinton and a 22-year-old White house Intern Monica Lewinsky.

Clinton was not the first American President whose private life became the subject of many gossip. Many residents of the White house had a lot of skeletons in the closet.

So, the 7th US President Andrew Jackson was married to a woman whose divorce was not legally finalized.

Warren Harding, who lived in the White house in the early XX century entered the history not only as the 29th American Director, who died in the middle of his first term, but as the man who for 15 years held in close relationship with the wife of his close friend. So close that her written letters were coded to the public until 2014.

At the end of the XVIII century the United States was much more Patriarchal than the UK or France at the same time. Marriages were strong and large, the couple addressed each other by name, adding a polite Mr. and Mrs., and divorce was considered improper.

Marry the widow was the work acceptable and pleasing to God, but to marry a woman whose reputation was “tarnished” due to divorce is another matter.

The future first lady of the United States Rachel Donelson was born in the American South, where Patriarchal traditions have historically been particularly strong.

At age 18 she married Lewis Robards, and in the first days of their married life nothing foretold troubles. But soon the young wife has experienced that only after several centuries of American legislators call “family violence.”

Mr. Robards was an alcoholic, often beaten his wife. They lived together for several years, while Rachel has not made a decision about returning to the family home in Nashville, Tennessee. At this time, the room her mother was shot by a lawyer named Andrew Jackson is the same age as Rachel.

A few weeks after the separation from her husband, Rachel filed for divorce.

Historians claim that this decision came solely from her and she was slightly familiar with the procedure: simply left the papers at the lawyer and was soon in the company of Jackson went to friends in Natchez, Mississippi.

There’s a couple and got married — at least, with this news they returned to Nashville. There are, however, it soon became clear that the marriage of Mr. and Mrs. Robards were not completely annulled, and therefore, the second marriage is invalid.

Jackson, known for his violent temperament, was not afraid neither public censure nor the Patriarchal moral good of America: not only is he twice married a divorced woman, but went further and decided to make a political career.

Andrew and Rachel were married again in 1794, and lived 30 happy years together.

During this time, Jackson actively participated in the war with the indigenous population of America, several times, fought duels, became a Senator, and in 1824 first decided to compete for the presidency.

My first campaign, Jackson lost to John Quincy Adams, who called Jackson “a man driven by passion, but not by reason” and at every opportunity referred to the hasty marriage of Jackson and not end up a divorced woman.

And that was just the beginning — during the second election campaign, the American press has consistently tried to destroy the reputation of Rachel to the ground.

Herself from all news about his own moral character saved the life in the Outback and Sam Jackson, the future seventh President of the United States fought for the honor of his wife in duels with anyone who wrote or spoke about her squaretest.

The people called him “bag of bullets”: the role of the lawyer and strategist has given him is better than shooting, and he’s not always been accuracy. But due to the natural stubbornness Jackson insisted: barely stood up after another injury, he continued to call the offenders Rachel to a duel.

The Jacksons were already elderly by the time of the announcement of the results of the presidential election of 1828 they were both over 60.

Rachel was going in the path of the family estates in Washington, make the economy the White house and plan the inauguration. As the biographers of the family, it was then that she first received a newspaper in which he read a pamphlet about your dvemogili and low standards of marital morality.

A middle-aged woman cried for a significant portion of the roads in Washington and decided to cool off in the Creek — it was in December. Soon after, she fell ill.

Scholars have rightly pointed out that the diagnosis of the early nineteenth century left much to be desired, but I assume that severe stress could trigger heart disease. Whatever it was, Rachel Jackson died a few days before Christmas 1828, a few weeks before the inauguration.