Scientists preserve the ancient walls of the Kiev-Pechersk Lavra

Moscow. 19 Aug. INTERFAX.RU — IN the thirteenth century the wall was demolished and in later years dealt in building materials. 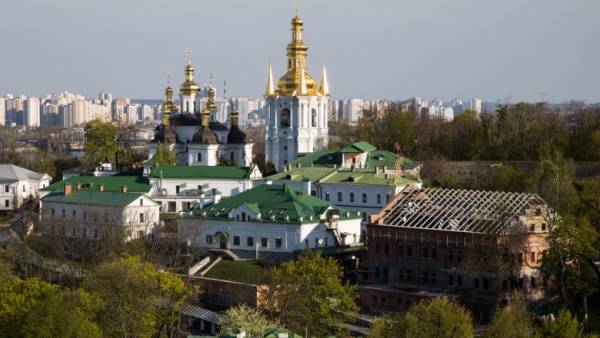 Fragments of fortification walls of the XII century, was found this year on the territory of the Metropolitan garden of the National Kyiv-Pechersk historical and cultural reserve in the near future will be preserved, and with time on them might be erected a pavilion for exhibiting, said the candidate of historical Sciences Sergey Taranenko.

“Preservation in any case, in the next two to three weeks we’ll fill with sand,” said Taranenko reporters in Kiev.

Findings will also be tightened with a special film, to prevent penetrating moisture.

According to experts, the objects may be preserved for 2-3 years, however, there is a desire to open them for display, and to erect over them a pavilion next year. “I want to make a pavilion, information center, but the Museum project does not yet exist, only the desire,” said Taranenko.

“The remains of the monumental structures of ancient time are different degrees of preservation: foundations, basement and crumbling fragments of walls. Found memo is unique because in addition to these Moores Lavra (a complex of defensive structures and temple — if) in Ukraine, known only to two objects of monumental fortifications of ancient time,” said Taranenko.

The wall had a length of 212 meters. Archaeologists made six trenches, which are visible remains of the wall.