Scientists have found who was buried in a sarcophagus discovered black

CAIRO, Aug 19 — news, Margarita Kislova. Scientists who study the remains of the black sarcophagus, which is found in the Egyptian city of Alexandria, established who was buried in it. 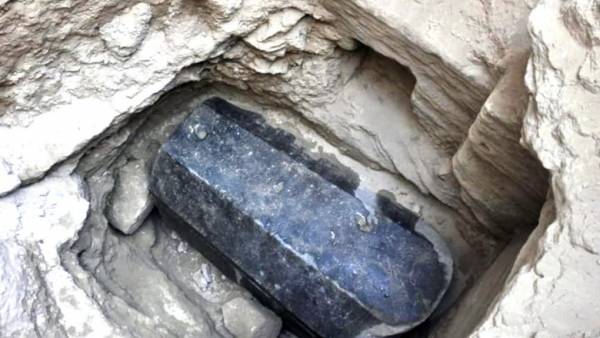 In early July, when carrying out construction works in an area of Alexandria, Egypt at a depth of five metres was discovered undisturbed by looters sealed a gigantic sarcophagus of black granite older than two thousand years.

Egyptian authorities opened the sarcophagus and found in it three water-damaged mummies, buried, presumably in the IV—III centuries BC.

“Preliminary study of a group of scientists headed by Zeinab hashesh possible to establish the sex and age of buried at the moment of death, their growth in accordance with the measurements of skulls, pelvis, bones within the anthropological studies,” — said the head of the Council for antiquities, Mustafa al-Vaziri.

According to him, probably, these burials were made in two stages. The researchers made this conclusion based on the location of the remains in the sarcophagus.