Policemen attacked with knives and cars

In Chechnya, committed a series of terrorist crimes. 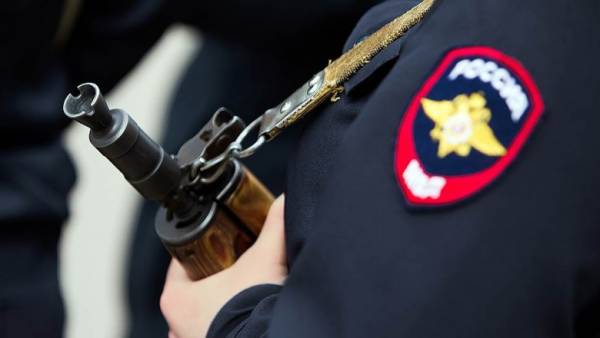 In Chechnya there have been a number of attacks on guards. In Grozny alleged terrorist threw an explosive device at police officers and then knocked the guards on the machine. Two intruders, armed with knives, attacked the police Department in Shali. In addition, before reaching its target, exploded a suicide bomber. Wounds and injuries of varying severity, according to preliminary data, received by five police officers, four of the attackers killed.

Almost simultaneously attacks were committed in Grozny and Shali. In one case, someone Ali Akhmatkhanov, passing by the police post, was thrown into the traffic police was an explosive device that didn’t work. After that, the city was declared the plan “Interception”. However, driving through the infamous square Minute, the attacker was hit from three police officers who tried to stop him. All three employees were taken to hospital in serious condition. The car of an alleged terrorist was a chase, during which police used a weapon. Ali Akhmatkhanov and who was with him 11-year-old child was killed. According to some, Ali Akhmatkhanov had previously brought to criminal liability for participation in illegal armed groups, but were subsequently pardoned.

In Shali the other two intruders tried to break into the territory of the police Department. They stabbed with knives at least two guards. Returning fire, both criminals were destroyed.

Another attack occurred in the Shali district village of Mesker-Yurt. There, according to preliminary data, a suicide bomber attempted a terrorist attack using car bomb near the traffic police post, but an improvised explosive device detonated too early. The blast killed only the bomber, the police was not injured.

Employees of the interior Ministry, the FSB and the TFR are trying to establish how connected all these attacks. Soon the investigation Committee initiated a criminal case about infringement on life of law enforcement officers (article 317 of the criminal code) and, possibly, the preparation of terrorist acts (article 30 and article 205 of the criminal code). Subsequently, they can be combined into one.