Khasbulatov told about regards to the meeting Yeltsin to escape to the U.S. Embassy during the coup

Former Chairman of the Supreme Soviet of the Russian Federation Ruslan Khasbulatov confirmed that Russia’s first President Boris Yeltsin tried to escape to the American Embassy during the coup of 1991. He told this to RBC. 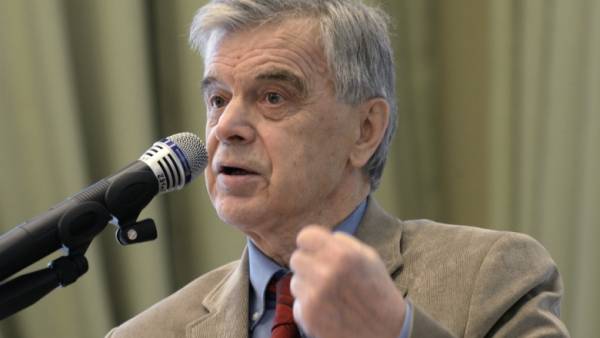 Khasbulatov said that he himself told about it the former Vice-President of Russia Alexander Rutskoi.

It is a fact already known. Correctly says Rutskoi, the only witness was me. He [Yeltsin] was trying to convince me to run with him. When I refused, he too was forced to withdraw. [Yeltsin] will not just offer [to run] and persuaded: “Give, and not what will kill us in half an hour the storm” — and so on.Ruslan Hasbulatova-the head of the Supreme Council of the Russian Federation

Khasbulatov said that he said Rutskoi about Yeltsin’s attempt to escape. “He [Rutskoi] was not a party to this case, he knows from my words and from my descriptions, as well as many others. Rutskoi here at anything, it was not even close”, he added.

Sunday, August 19, in an interview with “Moskovsky Komsomolets”, Rutskoi said that Yeltsin “went to a three-day binge” and tried to hide from the Americans.

The words of a drinking bout, then was denied by the head of the security service of Yeltsin Alexander Korzhakov. He called Rutskoi liars and said that Yeltsin had “drank a little bit.”

“Yeltsin slept all the time. When Rutskoi says he came home drunk — he himself was a drinker! But Yeltsin then drank a little. Sometimes only a glass and slept in his clothes. It was 27 years ago, fibbers Rutskoi”, — quotes the radio station “Moscow speaking”.

The August putsch called the events of 18-21 August 1991. On the part of officials and bodies of state power in the USSR, they were regarded as a conspiracy, a coup and unconstitutional seizure of power.

Arose in the days of the putsch were opposed by the leadership of Russian President Boris Yeltsin and Vice President Alexander Rutskoi. In their appeal in front of the White house gathered thousands of people.

See also: the Yeltsin Center said the words Rutskoi about the attempted escape of the former President