Gangs of London: to die from rap

Criminologist investigates a suburb of the English metropolis a few days later after killing a young rapper and member of the group “Moscow-17”. What constitutes the universe of the marginalised, where the art form is the ultimate way to ensure that you listened to? 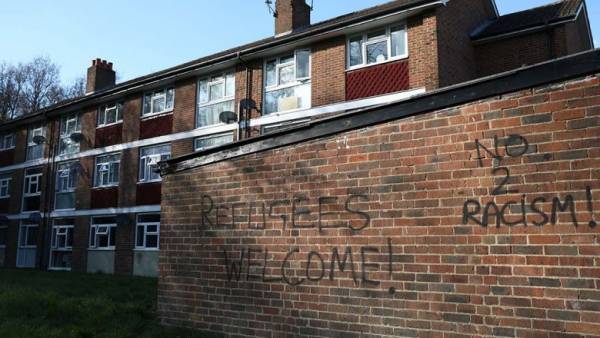 London — a Few days ago I went to the part of London that few people know: sit in the center to the metro line “Bakerloo” (Bakerloo), went to the last stop and then got on a direct train to Oval (Oval) in South London. On the road it took me almost an hour. Destination station do oval-shaped, and on the walls is a depiction of the rest of the cricket players. All — white. It is impossible to imagine a greater contrast with a drunken beggar and his colorful friends, which is located right on the street. After leaving the station, I walked for almost 20 minutes. My goal was Warham street (Warham Street), postcode SE5.

The prestige of this address is no different. A few days ago it killed a young 23-year-old rapper Siddiq Kamara (Kamara Siddique), known to its audience under the name “Incognito”. Warham street is the border. It denotes the beginning of the territory of “Moscow-17” (Moscow17), gangs, famous rap called drill (drill), it’s battle rap, narrating the fight between gangs, but also about love and grief in hard times for black youth who grew up in huge houses Warham street and parallel streets, named after the writer and artist of the nineteenth century, John Ruskin. As is often the case with street names, refined watercolors Ruskin have nothing in common with these places. In imagination drawn, rather, “Sails” Scampie (a poor densely populated area in the suburbs of Naples, known for its high crime rate — approx. transl).

“Zone-2”, whose headquarters is located on the street Peckham is sworn enemies “Moscow-17”. In their songs both groups alternately with each other provoke.

“Check your account/You lose./Do you think it to equal?” sing alone. Second answer: “roll up sleeve/And blow you all”.

The first of August two guys on bikes in full speed and drove on Warham street, chasing Siddiq, until he fell to the ground, and inflicted a fatal stab wound. One passerby tried to do everything to stop the bleeding. To no avail.

So Siddiq was another fact of statistics, completing the list of the 51 people killed with machetes in London since the beginning of this year.

Across the country this type of crime increased by 16%. By the end of 2018, the projected growth of number of murders by 28% compared to the previous. Another member of the same group killed two months ago. “Moscow-17” is experiencing difficulties, tension is growing.

Arriving, finally, to its goal, I see the spot where he fell Siddiq. “Moscow-17” built here a rudimentary monument in memory of the comrade. Small candles on the curb of the street form the initials of Siddique, “S. K.”. Brought notes, poems, empty and unopened bottles of champagne. A sea of flowers. I understand that he had gone to someone’s house. Trying to take a picture.

Peripheral vision noticed the two boys, watching from the other side of the street. They are behind a folding camp table, on which laid out different items. They remind me of American children selling lemonade and old children’s magazines to refill pocket the savings. Two guys come up to me and asked why I shoot and if I’m looking for adventure. However, the conversation almost immediately becomes more relaxed. “We are here to honor the memory of Incognito,” they say. Together we walk across the street, come to the table. I understand that anyone who wants to honor the memory of the deceased can buy a candle, flowers or a bottle. These guys are less than 20 years old, wearing t-shirts with the logo “Moscow-17”.

I suspect that they were armed. First, they seem confident, and then I notice their fear and vulnerability. They know that at any moment may become the next victims in this war.

Police in the area are seen. Perhaps they feel abandoned by their “superiors”, but I don’t dare to ask them such a question.

“Battle rap” appeared in Chicago a decade ago in the ghettos, where the number of murders was higher than in Los Angeles and new York combined. The English version appeared about 2012 in Brixton and the sound echoes autochthonous influences, especially the “garage”, “grimy” and “road rap”.

Now in this genre is refracted to the original call, he became the musical form with which black youth of South London talks about himself, shows the depth and richness of expression in topics far beyond hip-hop, wrote a critic of the newspaper “the guardian” (Guardian).

Unlike more famous groups (for example, from the group 67), the participants of “Moscow-17” do minimalistic movies: there’s four or five guys with covered faces, dressed in winter jackets, they go in a white room with no furniture, no tinsel.

The lyrics sound unexpected reference to Russia, for example: “Moscow Is the B/B We are Russian/let’s Go to Moscow, to show defiance.” However, the main theme of their songs is the difficulty of growing up in this area of London, the fear grow in the world, not giving them any hope. This war between gangs is claustrophobically frame that allows these artists to explore themes of anxiety and pride.

While these young people are trying to do something constructive and tell about his life, power and many English politicians believe that drill rap is the cause of the recent increase in the number of murders. 30 songs were removed from Youtube at the request of Scotland Yard. The police can now use special rules to ban the rappers to release music without the need to prove that the song has caused any damage (if there was such evidence, it would be possible to use the ordinary tools of criminal law). Those who violate the order, risking several years in jail.

As stated by the lawyer who defended these young people: “These measures raise many questions. Guided by the same logic, you could ban the films of Lars von Trier (Lars von Trier) or “Macbeth” by Shakespeare”. Instead, to encourage in young people the desire to talk about and reflect on the evil that surrounds them and of which they are capable, English law enforcement and political system kriminalisiert their forms of expression, inevitably widening the gap between institutions and society.

In an interview Abbas gave shortly before his death, he recognized that the battle rap often calls for violence but added: “Knives and firearms in the wars between the gangs existed much before there was drill rap. Here people are dying for ten years, or even 20”.

Most researchers agree that the causes of violence the last time should be sought in other spheres.

Starting in 2011, sharply reduced the composition of the police (now police almost 20 thousand less). In London it was closed more than 30 social centers, as follows from the recent report of the mayor. Areas where gangs thrive, is the poorest area in the country. At the same time increasing the level of cocaine use. Amateur videos – “Moscow-17” is a small detail of a large street art depicting the collapse of integration policy. Italy blocking the funding of the suburbs seems to be doing everything to go down the same path.

I’m a little more delayed on Warham street. Ask the guys about their deceased friend. “He was a good father, he is survived by seven daughter, he was rooting for Arsenal. His brother Michael is a semi-professional footballer”. They show me where Abbas lived in a large apartment building, closing above us the sky. Then return to the blockhouse. Time to say goodbye. When I get to the intersection, I notice that they look in the opposite direction from me. From there comes the danger.