Accusing Weinstein of harassment, the actress was suspected of molesting

Moscow. August 20. INTERFAX.RU Italian actress and Director Asia Argento, who is an active member of the movement #MeToo against sexual harassment, a few months ago paid $380 thousand young actor, who accused her of harassment. 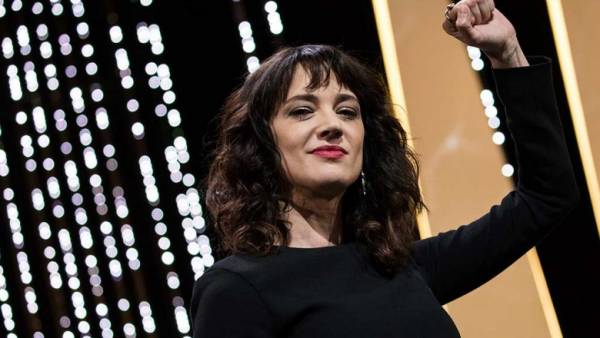 As reported by The New York Times, she made a deal with actor and musician Jimmy Bennett, whom he met on the set of the movie “Chicks” (The Heart Is Deceitful Above All Things), where he played her son.

“I was close to death”: in Britain a woman was first convicted of domestic violence

The NYT received the documents, from which it follows that the payment agreement was signed shortly after in October of last year He accused the producer Harvey Weinstein rape. Bennett initially demanded $3.5 million, but during negotiations, the lawyers, the amount was significantly reduced.

According to the actor in 2013, when he was 17 years old, 37-year-old at that time, Argento was found with him in a hotel, offered him alcohol and sexually molested him, though under California law the age of consent is 18.

Bennett claims that after having sex with an actress he was confused and surprised. According to him, the stress affected his work, therefore he lost his role and earnings.

According to the documents, pre-trial agreement of the parties does not prohibit them from publicly discussing the essence of the contract.

The NYT failed to get comments Argento and her lawyers.