Trump decided not to help Syria and found money new use

Washington will send $ 230 million collected in the stabilization of the situation in Syria, on the development of the U.S. army. This was stated by us President Donald trump on Twitter. 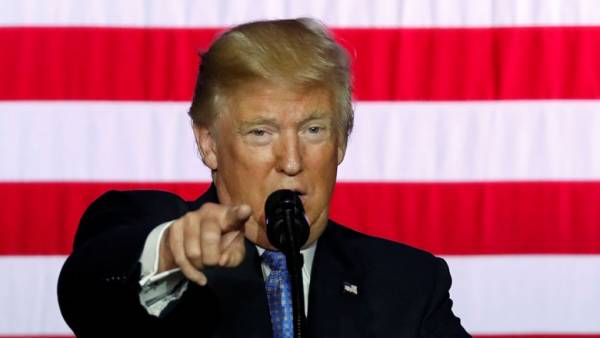 “The United States has stopped a ridiculous annual payments for the development of Syria. Saudi Arabia and other rich Middle East countries will pay instead of the US. I want to develop US, our army and country that help us,” wrote trump.

Earlier, the state Department announced the redistribution of funds collected to support Syria. According to the representative of the Ministry Heather Nauert, Washington spent to help the country $ 8.1 billion.

In April, the house of representatives of the United States Congress passed a bill prohibiting the country to provide any assistance to Damascus-controlled territories of Syria. Under the bill, Washington can help Damascus in the event that if you can prove that President Bashar al-Assad “has stopped attacks on civilians and civilian infrastructure.”