The price of candor. Elon Musk is pouring his soul to the journalists, Tesla shares fall 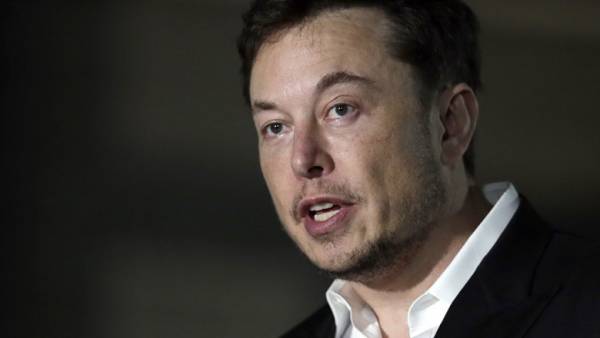 Of candid and very personal interview, some concluded that the poor condition of both the entrepreneur and his company.

Musk has admitted that the last time work for 120 hours a week and hasn’t taken a vacation longer than a week already since 2001. “It happened that I did not leave the plant for three or four days — I even did not go out”, — said the businessman.

Your last birthday, the businessman also spent at work, without friends and family. During the interview Musk several times fell silent, gripped by feelings.

As the New York Times, surrounded by Mask’s worried about the fact that Musk uses sedatives. He told the publication that it often happens that he has to choose — to spend a sleepless night or take sleeping pills.

However, managing the London hedge Fund Crispin Odie did not share the view that loss-making Tesla have overcome its worst period, and warns investors of the company: “Tesla looks like it is in the last stage of his life.”

Seventh Aug of Mask — to the great surprise of his colleagues and the public — wrote in “Twitter” that wants to make a Tesla is a completely private, that is, to stop circulation of its shares on the stock exchange.

“Financing is guaranteed”, — wrote Musk, saying that he has the money to purchase the shares from the current holders. Then he admitted that under these guarantees meant an agreement with sovereign Fund Saudi Arabia Public Investment Fund, which he has apparently already reached.

However, at the time of writing the tweet no clear agreements with Saudi Arabia from Tesla was not. Tweet learning about the Mask, the members of the Board of Directors of the company Tesla was furious as he is about his intention Musk not announced, sources told the New York Times. Moreover, before making such a statement, Musk was required to notify the company’s privatisation and the Commission on securities and stock exchanges.

According to the laws of the United States, companies and their managers are unable to provide shareholders with false or untrue information about important aspects of the company.

The Commission sent Tesla a subpoena and launched an investigation to determine whether the statement Mask the attempt to manipulate investors. On the first day after the publication of tweets, the company’s shares climbed 11%, but soon amid the revelation of a businessman they fell even lower than before.

In addition, the Mask went to and from shareholders. Some sued him in court. Those holders of shares, play the stock market to decrease, because the Mask on plans of delisting suffered heavy losses — according to them, we are talking about millions of dollars. Now they accuse Elon musk that he has introduced investors astray.