Employees of the Russian Embassy in the United States “urgently called for” detained in Washington the Russian Maria Butina after her transfer to prison Alexandria (Virginia). In the message of the Embassy in Facebook stressed that the situation with Mrs. Butinai “increasingly concerned” by Russian diplomats. 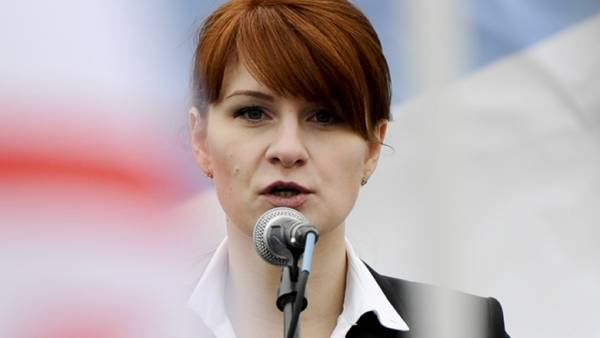 They believe that a woman with “trying for more humiliation and psychological pressure to break”.

It is noted that the translation of Mary Butinai “took all the belongings, including books, towels, shoes, hygiene items” and held a “personal humiliating strip searches”. “Maria was transferred in shackles. In this case, no one bothered to explain what was happening and where she was being taken. The next 12 hours she spent in a quarantine chamber without food, with the lights on and almost without sleep,” — said in the message of the diplomatic mission.

The Embassy said that after the transfer MS Butina is kept in solitary confinement. Embassy officials clarify that questions for the American justice system is becoming more. “Is it really sane to her faults even before the court decision condemning Mary to practice on the verge of torture?” — they write.

The officials stated that they will continue to secure the release of Maria Butunoi. “The state Department will be sent to another move with a hard rating of unacceptable methods used by Russian citizen and a requirement of normal human reactions. We expect a strong condemnation of the actions of the US authorities by human rights organizations. You must stop this lawlessness,” — said the Embassy.