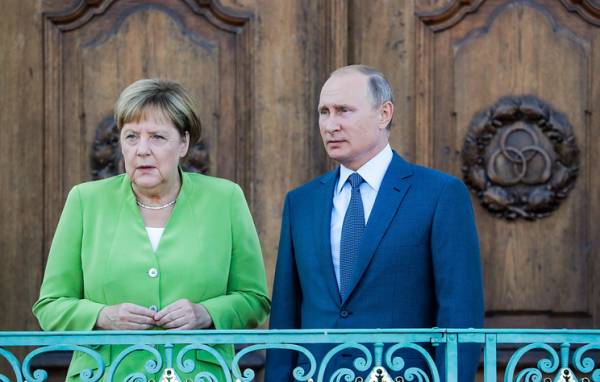 BERLIN, August 18. /TASS/. The President of Russia Vladimir Putin arrived at the residence of the government of Germany for the guests of honor Meseberg, where the start of his talks with Federal Chancellor of Germany Angela Merkel.