Moscow. 19 Aug. INTERFAX.RU — As told in the “Roskosmos”, they give grateful evidences. 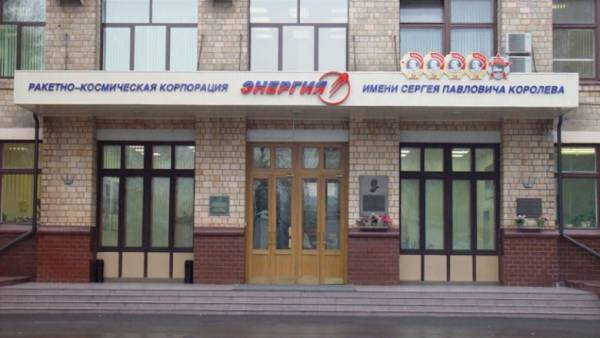 The investigative Committee suspected of several employees of RSC Energia of taking bribes, according to “Roskosmos”.

“The investigative Committee of Moscow region with the assistance of the state Corporation “Rosatom” conducted investigative activities which have been identified suspected of receiving bribes in the RSC “Energia”. Now they give grateful evidences” — says the official statement of the Corporation.

“Roscosmos” working closely with law enforcement agencies on fight against corruption and will be tough to stop corruption and other financial crimes, said in a statement.

Meanwhile, a source familiar with the investigation told “Interfax” that among suspects on the case about bribery in RSC Energia senior. “Among the suspects — a team of specialists — employees of a highest level”, — he said.

According to him, the suspects were detained.

Official comments on this matter on the part of law enforcement agencies “Interfax” has not.

July 3 in Roscosmos told the Agency that the head of RSC Energia Vladimir Solntsev resigned. August 6, the “Energy” said that the Board of Directors of JSC “RSC “Energia” took the decision on the appointment of Sergey Romanov, acting General Director of the company.